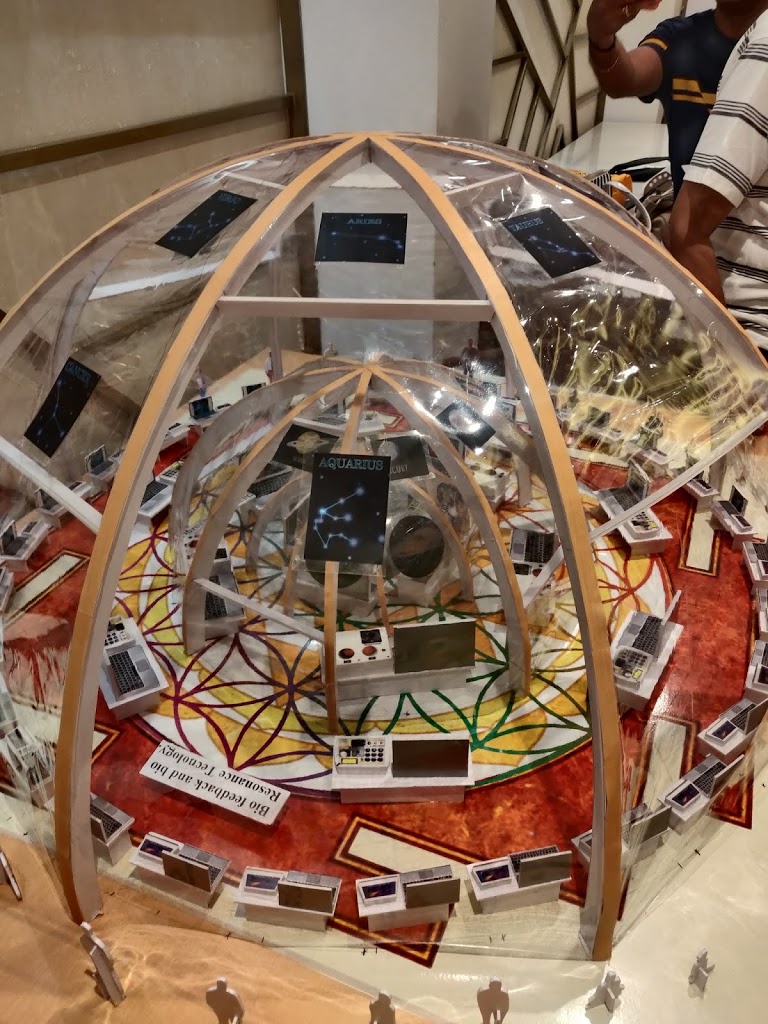 The concept of Quantum universe and its acclaimed powers is not new and has been documented, highly researched by several people across the world. However there has always been a slight disagreement between the scientific community vs the Astrological & Vedic communities about its effectiveness. 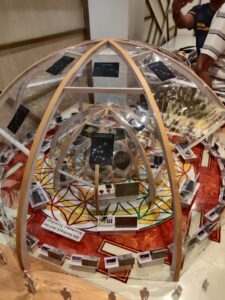 In fact , I remember reading about the same in a couple of Dan Brown’s novels (The Lost Symbol , Angels & Demons etc) where he talks about the power of group prayers, meditation, the existence of the soul and how energy arising out of a group movement can move mountains and has infinite power.

So when I was invited for a launch of Quantum Universe organized by Aathmeswar Sathiyaji (founder of Sathiya Yogam) and team, I decided to go and find out all about it. The organization claimed that this new initiative deals with unexplored connections between human lifestyle and the quantum world. Subjects touched upon would include Science, Technology, Astronomy, Vedic Wisdom, and Tradition.

During the 3+ hour long discourse (it should have been shortened given interest of time) , it was mainly about how our Vedas have accurately predicted the solar movements, the solar & lunar eclipses as well as how one can utilize this quantum energy available in the universe to transform oneself, armed with a key thing : Right & Good ‘Intention’. 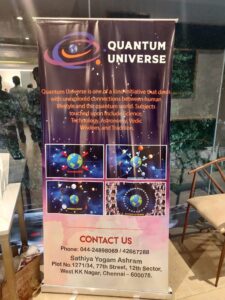 The organization doesn’t affiliate to any said religion and  claims to focus on the power of spiritual mass meditation, activation of different chakras in the body, performing Homams in the house and using crystals to attract the right energies.

The common questions that may arise out of all this will surround about the beliefs :

I don’t have answers to all these and I have my own concerns , doubts and questions. So I dont have sufficient knowledge or proof to recommend this.
So decide for yourself by fully researching about this programme
If you want to find out about them, you can give them a visit and know about their offerings

A friend of mine,Shrinidhi has something to say about this .