Skip to content
February 8, 2023
Automobiles / Tata Motors
You probably may have read about my previous review of the Tata Hexa, late last year. The Hexa was a great step forward in the makeover of a classic automobile brand, Tata Motors. It was completely refreshing to see the dazzling SUV from the Tata Stable and certainly turned, quite a few heads.Barely four months later, I received an invite, as part of a few selected bloggers to attend the launch of a new car called Tigor. Tata Motors seems to surprise the world with yet another stunner, this time in the sedan segment, namely Tata Tigor. So how does the new car fare? Here goes my two cents on the Tata Tigor Review. 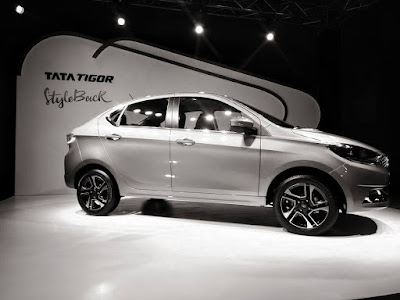 (A Black & White Image of the Tigor During Launch) 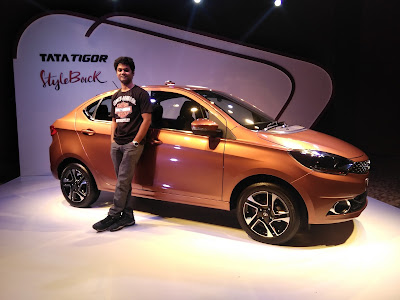 It’s clearly visible that Tata Motors is moving out of the “utility” car segment (Indica/Zest etc) to a “styleback” segment,as they call it . Coming to the Tigor, the front portion of the car gives you the modern sedan look, esp with a stretched out design fitted with dual colour bumpers, twin barrel headlamps and front grille. 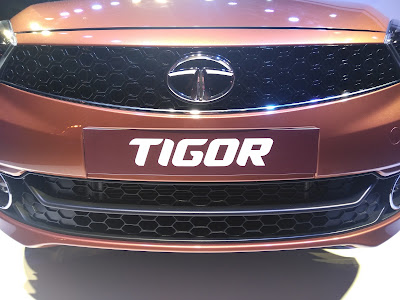 The rear portion of the Tigor, on the other hand takes everyone by surprise.  A design, that you generally do not spot on a sedan, Tigor comes with extended boot space and even minor spoilers with sparkling LED stop lights that really adds a nice touch to it. 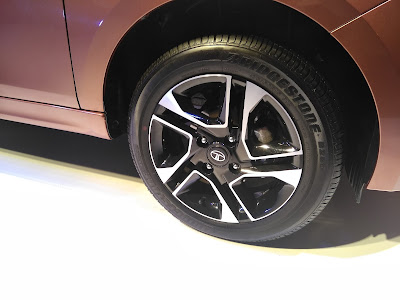 Shot during the Tigor Launch & Presentation

The sedan segment has replaced the hatchback segment,as the most competitive segment to compete in. Tigor, nevertheless has serious competition including Honda Amaze, Hyundai i20 / Hyundai Xcent and also the Suzuki Swift/Swift Dzire.  Additionally, it faces a bit of a competition from its smaller hatchback predecessor Tata Tiago. Some of the cars mentioned here may not be in the same segment or price category, but from my perception falls within the same consideration set of a user. With some tight pricing and aggressive marketing , this could be a successive run for Tata Motors, if they deal the cards right. 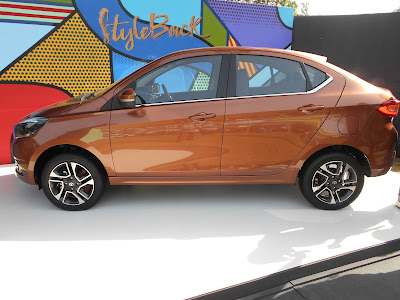 The target audience, as Mr.Vivek Srivatsa put it is mainly focussed at an upgrader. A young professional who wants to upgrade to a bigger car or a status seeker or even someone socially active and needs a car for both city use and an occasional highway drive. This is an interesting segment to cater to, given the fact that Indian market has a sizeable chunk of buyers in that area.

Petrol and diesel manual versions have been rolled out initially and heard that they are shortly coming up with an automatic version as well.

The Tigor Syleback carries some impressive specs and features that really gives a competitive edge over its competitors, mainly the i20 Grand and Amaze. Almost resembling a derivation from the Tiago, Tigor however scores its major points in the following features 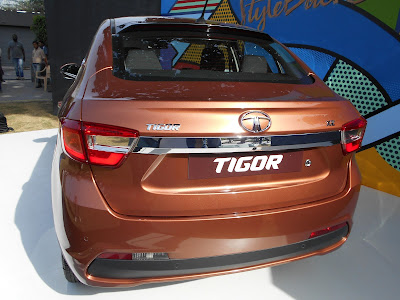 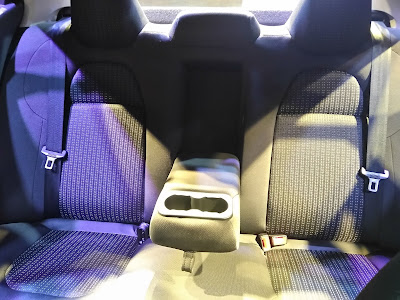 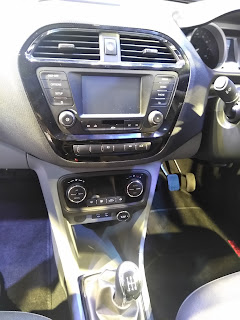 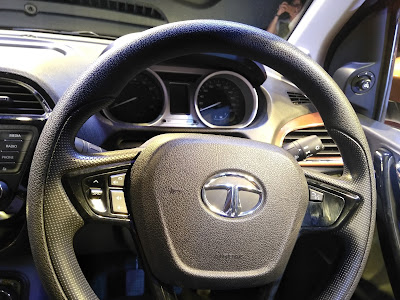 The first thing I noticed about the Tigor is its quick acceleration. It raced upto to 60 km/hr in a matter of seconds and effortlessly glided even at high speeds. My drive was from Delhi Airport all the way upto Gurgaon Heritage car museum. The route involved a fair mix of city roads, highways and of course broken pothole filled roads, typical to any Indian city. In almost all terrains, the car managed to handle itself pretty easily and there was almost no discomfort even in bumps and large speed breakers. To put it simply, it was so damn easier to drive the Tigor. 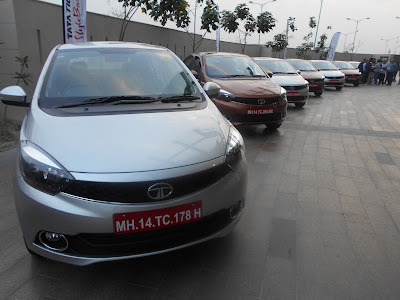 Another highlight of the drive experience was the touchscreen display,which connected to the phone’s GPS and gave me a smooth navigation system . I was able to shuffle to the music menu by just a flick of my fingers and switch back to GPS whenever needed. (the touchscreen navigation is available only in higher end variants of the Tigor). The Harman sound system added a nice touch to the overall jouney with some impressive sound effects.

Much surprisingly, I didn’t have the  strain or tiredness that follows a 150+ km journey even on a hot Delhi summer day and that totally speaks volumes on the Tigo. Our blogger drive from Delhi till Gurgaon involved 3-4 people/car and this seemed to have absolutely no impact on the car’s performance, handling and most importantly pickup.

The Tigor is an impressive launch from the Tata stable and more of a bold move to take head on its competitors with an impact styleback design. The bold play can strongly work on their favour if they can keep the prices low (given this is a highly price competitive segment). 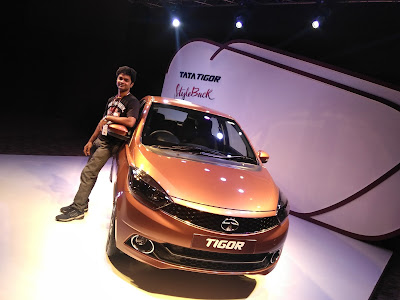 The large rear seating space,417L boot space , the unique silhouette and the overall design can add to its strong contention. The only thing I feel Tigor seems to miss is a powerful colour like an Intense Black or a Midnight Blue (which the Hexa really pulled it off). Though I could currently settle for the Striker Blue which the Tigor has.

Where Should I Preferably Buy a Used Car?