Skip to content
January 31, 2023
Food / restaurant
Whenever we mention the word desserts after a meal, it was pretty much restricted to Vanilla , Strawberry, Pista and Chocolate. We also had the occassional range of cakes kept in star hotel buffets.
But times have changed drastically now. So much so, that desserts are no longer an optional item towards the end of the meal but rather even a primary meal in some cases. They now constitute more than 40+ flavors from every possible variety of fruit and sweets. Be it cinnamon, cheesecake, red velvet or even bluberries, you get to have an ice cream in that flavor. The recent launch of the Cold Stone Creamery has certainly added more flavors to that list. 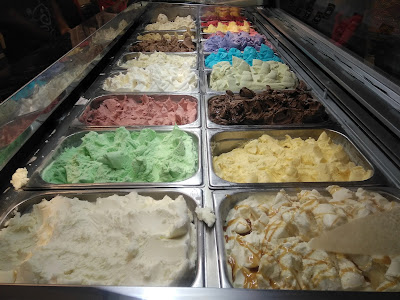 The last three years has seen a tremendous growth in the introduction of “Premium” dessert and ice cream stand alone places in the metros. Ice creams, in particular had seen the emergence of a new variety called “Cold Stone” ice creams. In no time, cold stone ice creams (Primarily introduced in the US) seemed to be the talk of the town and had a major fan following. 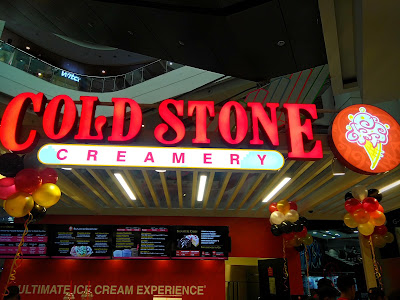 Tablez Group, a subsidiary of the famous LuLu group in the Middle East had tied up with the super famous “Cold Stone Creamery” in the US to launch their first outlet in our very own Chennai in India. Their next launch in the city will be the famous “Toys R Us” and I’m already waiting for it 🙂
Cold Stone creamery is currently operating in 27 countries in over 1500 locations.

Unlike normal ice creams which comes in pre-packaged cups and cones, Cold stone creamery allows you to fully customize your ice cream right from the flavor till the final toppings and the type of sauce you wanted to be added. You can of course do your own type of mix-in to experiment with the flavors, called “Create your Own”. 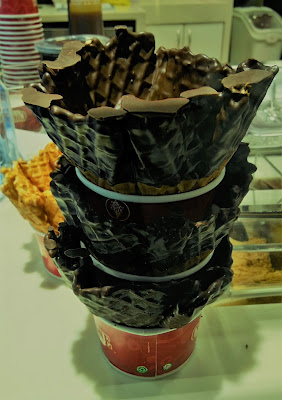 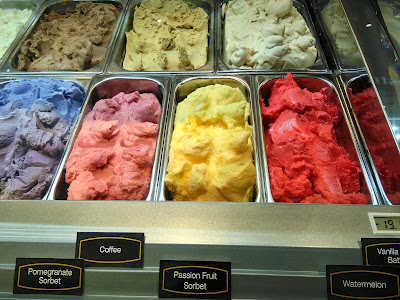 But I’d strongly suggest to go with the pre-tested recommended “Signature Creations” that would definitely delight your tastebuds far better. 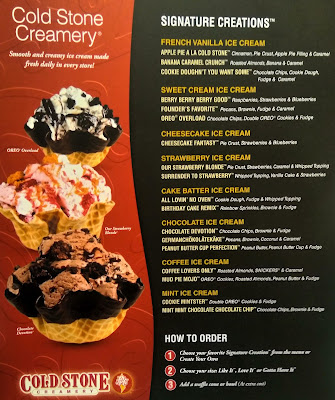 Once you are done with the flavor and topping selection, you can get to see a mini juggling of the scoop of ice creams. It is then beaten pretty strongly  in a frozen granite stone slab. These toppings inclue different variety of nuts, candies and even fruits depending on your taste. 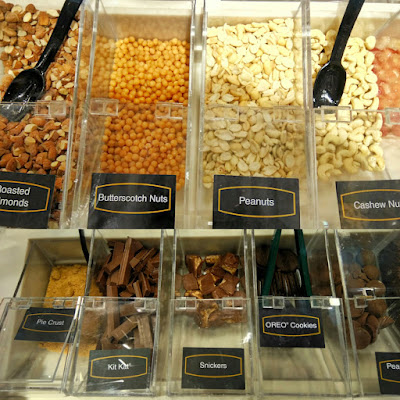 Having been invited to launch of the cold stone creamery store in Phoenix MarketCity, Chennai, I got to try two of their flavours including “Cheesecake Icecream” and “Apple Pie Cold Stone” ice cream. Without a doubt, I was extremely impressed with the Cheesecake coldstone ice cream whcih came with a combination of cheesecake pie crust, Strawberry and Blueberry and a bit of chocolate sauce. A fair assesment of taste would be to declare, that it’s definitely one of the best ice creams I’ve had in recent times. 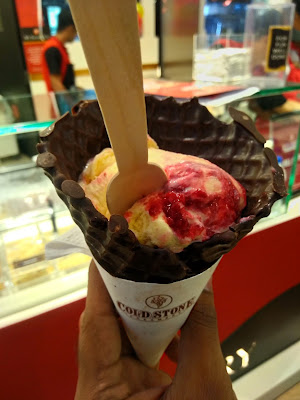 In addition to this signature creation menu, you can also get out their soon to be launched “Ice Cream cup cakes” and “Ice cream Cookie Sandwich”. Cold Stone Creamery Ice creams starts from 145 INR for the small size and upto 275 for the large signature versions and located in Phoenix MarketCity in Chennai, India.

A Grand Feast in ECR – Maplai