Skip to content
January 31, 2023
technology
Being an ardent music lover, I’ve been on the lookout for a quality pair of wireless and bluetooth earphones , for quite a while now. All the products I’ve used so far has either worn out pretty quickly or stopped working after a couple of months. In the event I need to opt in for a high quality branded earphones, the price seems to exceed a 100$ mark (6000 INR +) .  Even a pair of the  recently launched Apple Wireless Earpods costly roughly 188 $ , which is significantly higher than my budget of 50$ . 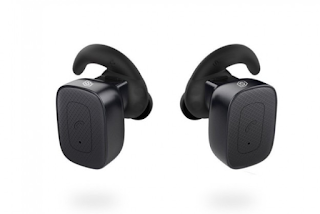 My weekend browing led me to a discovery of a new “Electronics & Music” website called Smartomi. A relatively new site foraying into the area of bluetooth and wireless earphones. Most of the devices in the site range roughly from 17$ to 50$ and definitely resembles one of those high premium products.

After the launch of Apple earpods, Wireless Earbuds seems to be the in-thing. People now prefer to buy this type of earphones , as earlier compared to the long wired ones, where most of the time you spent in untangling the cords.

My Favourite pick from SmartOmi 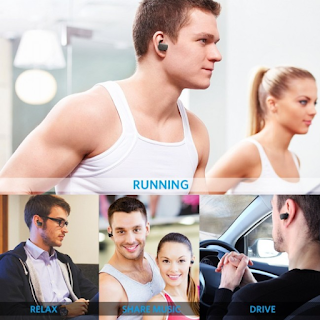 SmartOmi also has their own version of Wireless Earbuds and it’s called Q5 True Wireless Bluetooth Earbuds. It costs 40$, though you can get it a discounted price with the coupon codes mentioned here (Coupon Code : MERXMS35  to get it at just 25.98$ with free shipping).

Be it enjoying some quality music while running or a handsfree multifunction earphones while driving, the wireless earbuds can be a great savior . These can be used along with the best 4G mobiles as well .

Another interesting use of the earbuds is the sharing between two people. Unlike wired earphones which cant be shared comfortably between two people, the individual wireless earbuds solves the problem quite easily.

So I just got to know that Smartomi is running a giveaway / contest where they are giving out Amazon Gift cards to true music lovers. All you gotta do to win one is pretty simple.

Login to Smartomi site and vote for your favourite music album from the list published. You’ll immediately get a 20$ discount code post the vote.

At the end of the campaign, one participant who has voted for the album with the maximum no of votes gets to win the Amazon card for the album. In addition, 3 of the participants will win headphones after they share the vote on their Facebook. Contest ends on 24th , so you may wanna hurry up.