Skip to content
February 9, 2023
Uncategorized
When the world was busy inventing billions,trillions etc, we Indians came up with the number 0 . Yes, we can find value and meaning in anything, even in a number like zero !
The first thing that comes to mind when you refer to an “Indian” way of doing things, its most probably a “Jugaad” . Jugaad is a slang for a knack to fix something that was earlier deemed not possible to do. It’s very much in our blood to “find the easiest way” to get around to do something or in some cases, not do something.

Around the world, the general consensus when something is broken, is to throw it away and get a replacement. Be it a relationship or an iPhone, the motto is always “lets not try to fix it, we’ll just get a new one”. However that doesn’t apply to us. We try every possible trick in the book or even think out of the box ones to come up with something so unique, that just solves the purpose.

So what are some common situations that uses the “Indian” way to get it done?

Yet, the pride feeling of being “street smart” , trying to come up with ingenious ways to come up with quick fix solutions is always a great thing. Haven’t you noticed your mother try to come up with a dish, with whatever is left in the household, than demanding the recipe items.

It isn’t quite surprising, that majority of project testers and “troubleshooters”(Bug fixers) in the software companies are predominantly from India. We know to find the issues and do quick fixes on them, even before it escalates to a bigger issue. This is why we tend to remain calm even in major crisis, as we ll know we can definitely find a way out.

The Jugaads Of Demonetization

When the country was faced in a ponder, after the government announced a ban of 500/1000 rs notes overnight, one would have expected a major economy slump in most countries. But we just happened to find absolutely ingenious ways to beat the system in its own way. We bought expensive international air tickets and first A/C train tickets legally and of course cancelled it for a small fee the next day. We converted the cash in terms of gold and silver almost immediately. All the pending bills and loans were paid off with old currencies. Some even found ways to get foreign exchange for these old notes. The best among the lot was this : Apple reportedly sold more than 1 lakh iPhones in a single day , all with old 500/1000 rs notes. So next time you spot someone flaunting a relatively new iPhone , do ask if it was bought with 500/1000 notes, 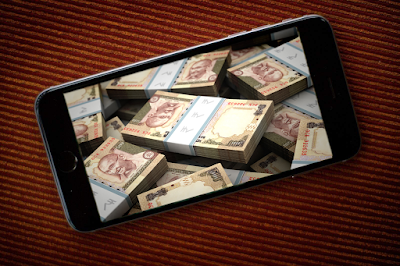 Any foreigner who comes to India, might be shocked at the bureaucracies. They see a large scale complex myriad system and dont know which is the start nor the end. They may not realize what’s keeping the system in place , given this huge population . They find traffic jams everywhere, yet the auto wala just seem to know the right alley to avoid the full block. They dont find the system streamlined or disciplined. They see flaws and glaring inefficiencies and wonder, how does the system function?. But no one can beat us when it comes to efficiency or making full use of a product.

We can convert even a broken CD pile into a wall hanging decor.  Stuck somewhere that even Google Maps can’t help? No problem. Just ask a shopkeeper/AutoDriver/Ironing Guy and he’ll exactly tell you where the house is and which street to take.

Though we may have found ways to beat the system or found smarter ways to do things, this doesn’t really define or describe remotely what “being an Indian” is all about . It’s much more.
A country of more than a billion population with 28 states,diverse cultures and more than a 100 languages spoken. yet we remain as one of the most united countries in the world.
We were the only country to believe in non-violence even during a world war period and gained our freedom successfully.
We go out of our way to help someone and pridely call our fellow citizens as Brothers and Sisters.

My Indian Way to Success

To recall a particular incident of “being Indian” to being successful is quite the impossible task. When you lived as a true “Indian” in every way all your life,  its difficult to separate the two. It’s like going to China and asking for Chinese food, when it’s actually just “food” out there.
But if I were to define my way of success through the Indian way , this could be it:
The Indian way is not always about smart tricks or making the best use of everything. The true Indian way is considering everyone their brethren, showing love and care when one needs it and being there as a fellow human while seeing each other as an equal. That to me is the true Indian spirit!
On this note, I was quite delighted and surprised to see Lufthansa‘s effort to go the Indian way in making their flights more welcoming to us. Right from the greetings in the local language , the subcontinent/Spicy Indian food, Bollywood shows in the in-flight communication system, the whole experience is really thought of and wonderful, especially by a German airline. Naturally you’d expect a standard international airline welcome with some continental food being served. But this concept is totally a game changer and can be a real delight inside the flight and definitely feels like home.
The Lufthansa campaign #MoreIndianThanYouThink has definitely struck a chord in me. The way, they try to adapt to a “desi” like experience to beat the Indian squad at cricket is comical, yet at the same time, the concept is very welcoming. This clearly indicates India’s rising influence in the global arena and how companies are trying to successfully adapt themselves in the local market.
Do watch their hilarious ad here: