Skip to content
February 8, 2023
Black Money / CurrencyBan / Demonetization
On the 16th of November, the PMO’s office called for a press meeting at 8PM in the night. Though it was at odd hours (post closing of all trade markets, banks, financial institutions etc), people quite naturally assumed this should be yet another speech by the PM to spread awareness on Swachh Bharat or development of smart cities across India. But within minutes of him taking the mike, he got to the point. A sudden action that spent chilling waves around every Indian in the world and could have a long lasting effect on the economy and the way things are done in the country. 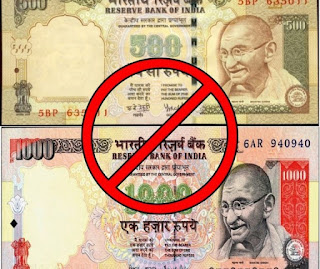 Unlike other “Developed” countries, India is largely a cash based economy, where more than 3/4 of the trades, business was dealt primarily in cash. Be it buying vegetables and groceries from a departmental store, cutting your hair at the nearby salon, paying college/school fees, bill payments or even a massive land deal, it was always a Cash in Hand policy. Even a multinational giant like Uber was forced to come up with a “cash” payment ( not available anywhere else in the world)  for their services to make people drive. This cash based economy however aided easier and quicker payments through the system and getting things done (both legally or illegally) . At least one was sure that all they need is a right amount of “Cash” to get things done, literally anywhere.

On a personal front, I have always preferred an online purchase/ netbanking transaction for all services and payments. This is primarily because of ease of return or raising dispute claims and getting refund back to bank account instantly. A cash on delivery option makes you dial through their support centre, ask them to add your bank account and 7 days later, you may or may not get a refund.

On the onset I have always been a bit skeptical about the “promise” of a great nation ever since the government change. I have constantly given my voice against raising of taxes, addition of new taxes such as Swachh Bharat, Krishi Kalyan tax, multifold increase in train fares etc. More importantly the long bill at restaurants primarily because of excessive taxes have given me great displeasure several times ( especially at times, when the tax component was more than what I actually ate ),

However this outstanding move by the government ( in collaboration with RBI) can be a bold, decisive move to attack black money hoarders . There are several voices for both pro and against this immediate decision. 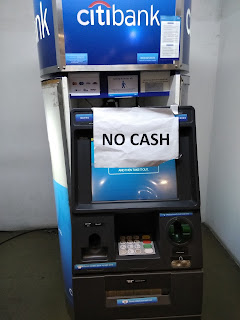 People have been forced to go without cash for days, stand in queue for hours , go in search of working ATM’s for several kms (and not finding one). Even Google had to place shortcut links that could point to the nearest “working” ATM ( I think that’s a first). My own office , housed inside a major tech campus doesn’t have a single ATM functioning ( there are 5 machines and all are zero in cash)

Yet all this inconvenience is for a greater good, instilling a fear in people who have amassed a huge sum of wealth without paying the due taxes for the same. Financial experts say this is the start of a financial revolution in India , which eliminates to remove black money , tax evasions and the illegal benami/hawala transactions (which is generally dealt in several hundred crores)

The decision to announce at 8 could be a strategic one, so that it leaves no time for people to quickly convert the black into white through various small transactions. But on the other hand there’s a sizeable “daily wage” earning population that’s been impacted pretty badly.

I had a chat with an Uber driver and much to his dismay , I had selected PayTm as mode of payment.. This was his view : Cab companies usually pay once a week , that too directly in his bank account. Before the demonetization , a large % of his passengers paid in cash and inflow was pretty healthy for his food, fuel , personal and other maintenance expenses. Now suddenly his cash flow is completely dried up , given 10/12 passengers pay through PayTm , he has absolutely no time to stand in ATM/bank queues for hours as he may miss a lot of ride requestss. Missing ride requests will also give him a blackmark and rating downgrade that can cause him to lose his salary. So he’s on a lose-lose situation as he’s left with no cash in hand for fuel, food or to give his family, have to accept all rides that comes even if its PayTm and at the end of the day he has nothing in hand.

Yet, all the inconvenience aside, this should signal for a new change in the country. Though the black money hoarders have found ways to convert this to white money for a fee of 20-30% , a large section of the society knew,its a decisive blow on all their illegal savings.  I can also say for a fact that, no other prime minister or politician in the country could ever come up with such a daring move that can signal an end to terrorism funded initiatives and black money hoarders.

Be it engineering/medical colleges, dubious housing registrations or even political donations will have a major blowout and may ultimately have to admit storing black money (unless they decide to burn all the money away).

The first casualty in this raid was St.Jospehs College of Engineering who was found to have 8 crores of money as black and was asking their staff to deposit small amounts into each of their bank accounts, and later retrieve it. But thankfully it was found and IT officials seemed to have recovered the same, sending clear warning signals to many such dubious institutions.

Though media channels seem to promote the negativity and troubles faced because of demonetization, I’d urge my readers to hang on for a bit, support this brilliant move and this should definitely turn out for the better in the near future.

One thought on “Demonetization”