Skip to content
January 31, 2023
Amazon search / Apps / Flipkart / Google Image search / technology
A google search result literally has the power to make or break a company. One thing I noticed off late, people were telling Flipkart has lost its magic and they have completely switched to Amazon
Trying to understand a reason behind this, I found out the reason was Google!

3-4 months back , when you began to search for a product in Google, Google lists in a picture box the same item being sold by different retailers including FK, Amazon, Snapdeal, Jabong etc.The first or second was always Flipkart, prompting for high conversion of sale.

In the below example, I searched for a particular brand of perfume. Which one would you click? The Amazon one with the pic or the Flipkart one in text?

Note : Amazon is selling this at 800 but Flipkart is selling from 321,but not appearing in the images! 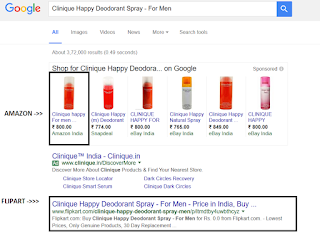 When you click on the “sponsored icon” in the right of the image result, Google says this:
(Does this mean Google is not indexing/crawling Flipkart or not being compensated well enough?) 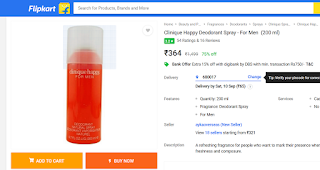 China halts even the Rains