Skip to content
January 29, 2023
Uncategorized
Every world economic report you read about India would indicate that the country is growing at rapid speeds , GDP growing, inflation at an all time high and most of all a shining mirage of a “To be ” Superpower in the making. You find yourself surrounded by high rises and several firms are expanding their operations at a rapid pace with new technologies developing every day.
Yet amidst all of these , the grim reality in the ground is entirely different. The cities and villages are being plagued by issues something as critical as gender inequality. You may tend to argue that gender inequality existed back in the 70’s and 80’s but no longer present. Unfortunately statistics tells otherwise. Almost one in three households, women face this major issue of inequality.  More than 90% of the household work have been delegated to women and they are expected to complete by a certain hour. Irrespective of their employment status or the position they are in, end of the day they still have to come back home and finish the chores. Though some houses have employed maids to assist in the work , the women of the household are still expected to monitor and in parallel finish other pending tasks 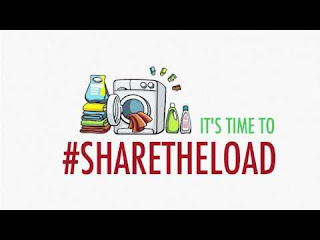 In rural areas, even when the woman is sick, she’s never relieved of her household duties. She has to get it done somehow with little or no help from the rest of the members in the house. The gender inequality scale seems to tilt to an unfair extend towards the men, especially when it comes to household work
There has been several campaigns that has tried to balance this factor and encouraged men to share the load and get involved in some of the work at house post their official duties. The trend is slowly catching up but a large section of the society still lives on these backward reforms
Gender stereotyping, for classifying who should do what in the house is quite blaringly evident. Almost every work including cooking, cleaning, washing and even managing the house has been assigned to women completely.  Though there are sections of society who no longer believes in such norms, but the majority still seems to follow this outdated logic
Such situations should change drastically at least for the next generations. Education syllabus should continuously try to promote gender equality in all things including household work. Practical classes should also be given to students on respecting woman, her rights and the divide of work. Such campaigns initiated by Ariel is a welcome step in achieving this motto.
Even small game shows can promote gender equality by testing the skill of men in completing household work in short periods of time as against women. This will reflect the kind of hard work, stress and skill women have to put in to balance everything in life
The media also has a critical role to play in this matter. They are responsible in highlighting households that has abolished gender inequality and show examples where men have shared the load in house for all activities. Such examples can really bring about a positive impact in people who may also be willing to try themselves as well. 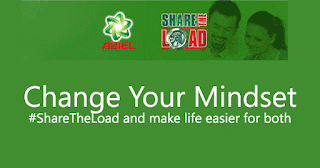 When you no longer feel shameful for sharing the household work and help out a woman member of the household, without the fear of being teased or insulted , only then you realize that the state of inequality is no longer present, at least within you
I am taking part in the #ShareTheLoad Challenge with Ariel and Akshara at BlogAdda.”

Game of Blogs 2 – Midway through the heart

Singapore – A Food Journey to the FarEast