Skip to content
February 9, 2023
Uncategorized
Sometimes you may wonder what’s really causing a drop in the levels of productivity at your office. You want to put in your best efforts, but the external surroundings can have a deep impact on your health as well as efficiency of your work.
External surroundings include not only the visible colours, lighting systems, cooling systems or even the work space quality but also the unseen pollutants that hover around in the air. Just because an air conditioning system is present, it really doesn’t mean you are breathing a clean quality of air. You need special monitoring equipments and air filters to determine the quality of air levels in your office. 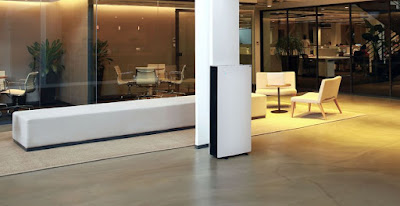 There has been plenty of research that indicates that a bad office air can directly result in poor productivity levels and issues in people as well.
To address this head on , world-leading air purifier company Blueair is making a unique free offer to  firms across India to test the air in their workplaces and demonstrate how they can quickly tackle productivity problems caused by sub-optimum air quality. The company says it will also demonstratethe power of a ‘Blueair Pro’ air purifier to clean the air in the office space being tested of 99.97% of contaminants within just 20 minutes and at no cost
Vijay Kannan, head of Blueair India says that they’ll provide a whopping 25 percent discount during the month of April to each business taking up our ‘free air test’  offer, only if they decide our Pro air purifier did such a great job that they are prepared to place an ‘on the spot’ order. He further added that their air purifier will speedily remove 99.97% of all airborne contaminants from large offices five times an hour, leaving the air and those breathing it in tip-top shape. They have also established a toll number : 18008331188 especially for corporates 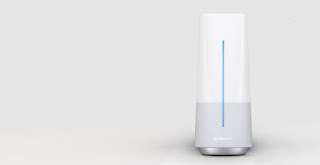 A new study by a research team at the prestigious U.S. Harvard University found that subjects scored 60% higher results in cognitive tests in indoor environments with reduced levels of volatile organic chemicals, which are gases emitted from certain solids or liquids.  Organic chemicals are widely used as ingredients in thousands of household and other products – paints, varnishes and wax all contain organic solvents, as do many cleaning, disinfecting, cosmetic, degreasing and hobby products.
The Harvard study, entitled “Economic, Environmental and Health Implications of Enhanced Ventilation in Office Buildings”, also found that improved air quality ‘reduced absenteeism and improved health’ among employees. Piers MacNaughton, one of the researchers, said ‘we tell managers and building owners that they can gain a competitive advantage if they provide a better, healthier environment’. Blueair ‘breathe clean air at work’ initiative is designed to give businesses the chance to see for themselves in their own environments how efficiently a Blueair air purifier works to benefit their employees and bottom line
A word about BlueAir :
Sold in over 64 countries around the world, Blueair delivers home and office users more clean indoor air for enhanced user health and wellbeing faster than any competing air purifier thanks to its commitment to quality, energy efficiency and environmental care. A Blueair air purifier works efficiently, silently to remove 99.97% of allergens, asthma triggers, viruses, bacteria and other airborne pollutants. WebsiteDo check out further info at www.blueair.in