Skip to content
January 31, 2023
Uncategorized
Gone are those beautiful days when I used to watch episode after episode of the amazing Jungle Book series in Doordarshan, the only available TV channel around that time. A fantastic representation of a book by the same name , written by the famous children’s author ,Ruskin Bond

There is not a single episode that I may have missed in the Jungle book series. Even if I happen to miss one, I would quickly watch its replay that usually comes some other time. Not just the vivid characters, unique storyline that captured me, but I’m sure there’s not a single person who hasn’t been a big fan of the title track too. It was so addictive and perfectly captured the mood of the whole TV series itself 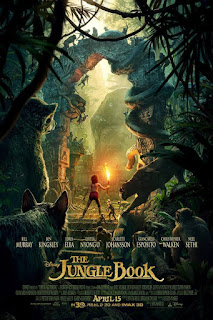 My memories of the Jungle book is quite extensive. Every sunday around 10 or 11 am, I used to sit with my family , friends and even neighbours to watch this adorable show and get captivated into the jungle.

So when I got to know that a 3D movie is going to come , a fantastic remake of the TV series, I have my hopes and expectations through the roof. As the D-Day is nearing , I’m already eager to make plans to watch this beautiful movie and thereby revisiting my childhood. 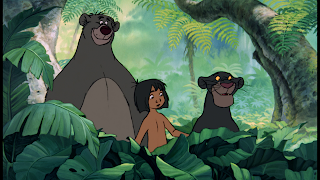 Some of the best memories of Jungle Book include the scene where Mowgli and his parents first step into the wild forests for an adventure tour and he gets separated in a midst of chaos. The journey of Mowgli begins there as he begins to make the jungle his home and make friends with all the animals and finally becomes “one of them”

I remember the scenes where Mowgli is initially attacked by a pack of wolves and finally knowing who he is and understanding his problems, the wolves begin to accept as a member of their family and begin to raise him

His interactions with deadly snakes and the famous tiger SherKhan calls for interesting memories as it now becomes a life and death game. The escape pursuits Mowgli went through , being attacked by several wild animals and finally saved by the wolves and bears is totally an epic memory. You don’t get to read any other comics that has so many interesting characters and wildlife setting that Jungle Book can offer. Even if you happen to have missed this series by chance , go grab the book and watch the beautiful story come to life in the big screen in a movie near you 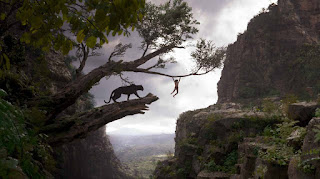 One of my reasons why I love Mowgli is because of his natural instincts, street smart style, his quick wits to get out of tough situations and of course his tough nature to battle the jungle as a kid, all by himself and come out of it alive. This has been a quite an amazing inspiration for several youngsters including me

I’m blogging about #MyMowgliMemory at BlogAdda

Navigation of the Space Station