Skip to content
February 8, 2023
Uncategorized
2015 is quite an unforgettable year for people down south of India, especially the ones living in Chennai and Cuddalore. They witnessed an unprecedented amount of rainfall which no city in the world could sustain. Large rainfall that would usually hit a city during severe monsoon in a month hit Chennai on a single day. Noone had witnessed such heavy flooding for nearly 100 years

Naturally the city  broke with even basic facilities not available for everyone. Several houses washed away in the floods . Power, cell phone networks and drinking water was not available for quite a sizeable population across the city for almost 2-3 days. One could really step out of their house to venture anywhere as water levels in the roads were unprecedented.

With little media coverage initially, people had nowhere to go to seek help. Politicians and government officials were too busy fending for themselves and showed up only for media opportunities with very less intent to actually help people. This was when two individuals from the city began to seize control .

Noone would have even thought that such a feat achieved by these two people were possible. Helping a flood stricken city, sourcing thousands of relief materials from friends of friends in all nearby cities, organizing flood camps , organizing periodical meets to keep track of the flood situation , identifying areas and people who were in most need of basic relief materials . They were none other than RJ Balaji, a popular RJ/Comedian in movies and Siddharth, a very famous Bollywood/Kollywood actor

When everyone had the attitude of let me save myself, these two stood out, kept spreading their message through social media and began sourcing information about people who were in dire needs.They were one of the few ones who actually managed to go to different areas, helped thousands of people through their volunteer groups which they had formed. They setup emergency contact nos to reach out to them, offered to recharge mobiles for poor people

Rather than making flashy statements to the media about donating lakhs of rupees without getting their feet dirty like so many other politicians, these two actually made heads turn and proved a point.Their program was incidentally titled #ChennaiMicro. This trust acted as central powerhouse where people could donate whatever they could afford to and those funds were then distributed to the ones in need or relief materials esp food was bought to give it to different areas 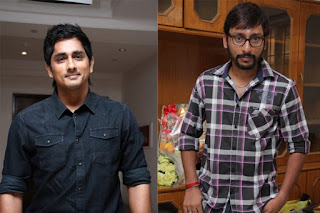 The story of these two helping the people of Chennai when they most needed them could be one that could told hundreds of years later like freedom fighters. When you dont care about yourself but rather worry only about the city and its suffering people, that’s when you know you have encountered not just a good person but rather a great one

They proved the power of the youth brigade, breaking the myth that youth are merely wasting their time and having fun all the time. They proved that the youth of the nation is capable of greater things than anyone could even imagine , some of which even the government couldn’t do : Restore faith and humanity in people 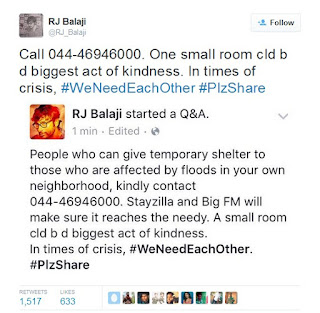 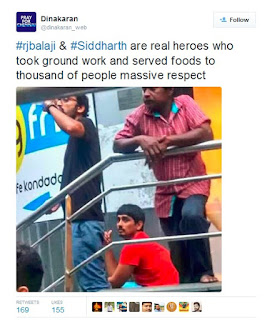 This post is my symbol of respect and admiration to these two great persons who has definitely restored humanity , faith and belief in all the people in Chennai and definitely are blessed souls
This is one of the most positive movement that I’d come across in 2015 #SpreadTheVibe
For more positive stories, do check out this amazing site : http://www.youthkiawaaz.com/

Impact of Tourism on Economy