Skip to content
February 9, 2023
Uncategorized
We come across so many situations where simple stories of courage,passions,belief or pure will power has led to the biggest revolutions in the world. As a nation we trained ourselves to be one among the herd, always told what to do and what not to do

We were told not question authority , stick by the rules and play along.
However when you see the stories of people who have scaled to greatness, you find a pattern.

These are the ones who never bothered about being questioned by the society, irritating & curious relatives or people around them. They didnt really aspire to top their school ranks nor pass out in flying colors in college. Yet they kept pursuing what they always believed in and made phenomenal strides which the world is talking about. You never seem to be short of people to be inspired in each industry.

During one of Modi’s tour to London, his particular speech at the Wembley stadium caught my eye. Especially the part when he mentioned about an unknown guy and his rising achievments from Rajasthan. It really struck me that you dont need all the riches or a backing family history to prove your mettle. All you need is a vision to uplift the society and spread good vibes

This story is about how a small town government teacher at a secondary school from Alwar,Rajasthan  with no computer knowledge became a famous app developer topping more than 2.5million downloads in a short period of time 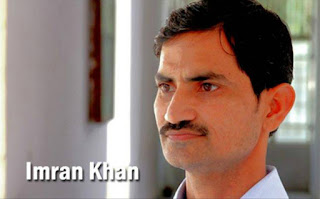 Imran Khan, a mathematics teacher in a Sanskrit school always believed in spreading knowledge and quality education ,not only for his students but to students across the country. He knew that the way to reach these people was through the internet but couldnt really figure out how to proceed on that front. He had absolutely no knowledge on the open source communities or advance mobile technologies. Luckily he caught a break when the then district collector of Alwar introduced him to something called “Apps”. Having not even heard of the word before, he visually saw them for the first time, when the collector sprung up a tablet and showed him how it looked.

Having designed a few government websites in his free time, he was then suggested to build apps which could have had a more powerful reach. With a determined focus, solely through self learning by books and Googling information, he taught himself the skill of developing apps.

He developed a NCERT Learn Science app for Class 9 Students for free that became a huge hit. Till date he has developed more than 42 apps , out of which General Science in Hindi has become the top hit with 5+ Lakh downloads 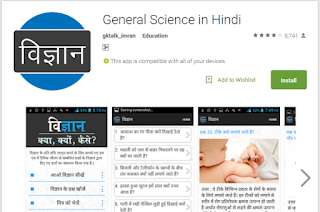 Despite living in a village all along in his life with little or no access to technology or anyone to teach him the latest developments, he built his passion through books and self learning courses in google. He’s now building good and intelligent interfaces in the app that can be more useful to the students.

He’s now received several accolades from the Prime Minister of India, Telecommunication ministers and several other VIP’s.  The Government of Rajasthan has offered him unlimited access to the net lifetime for free as well.
This is his Google Devlope ID : https://play.google.com/store/apps/developer?id=gktalk_imran

This is an amazing story of succeeding in life when all the odds are stacked against your favour and you succeed purely out of your own will, passion and intelligence and hence definitely a positive story to be shared across with everyone #SpreadTheVibe

For more positive stories of 2015 , do check out http://www.youthkiawaaz.com/

More Indian than Most Indians – Living life the Desi Way