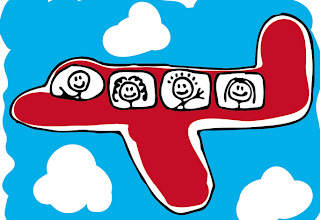 They say, your dream vacation exists and pretty much stays only within your dreams, quite literally .Those several pages of your imagination ,written in your diaries, to accomplish that adventure and somehow. at all costs one day experience that holiday you always wanted through your childhood and pretty much even now can finally come true .

What else is there to life but not to enjoy one’s wealth , visit new places and experience the never before thrills that you see in televisions and movies. Why restrict to domestic tours when the world is open at your doorstep to explore,esp when several travel companies have sprung up to aid travelers in safely exploring these unknown destinations

Yatra.com , a premier travel and holiday planner company offers some exciting destinations across the world including the United States , Carribean Islands, UK,Italy,Brazil,China,Asia Pacific countries and across the vast seas all the way upto Australia & New Zealand. These holiday packages come at some unbeatable prices making it affordable even for the occasional traveller. The prices comes to only a mere 25 % of the total trip cost,if planned oneself from flight fares to hotel bookings and sight seeings ,along with breakfast,tour guides and entry tickets to destinations and coach transfers (This fact comes from a first hand experience after travelling to a few Asian countries by myself without any package)

Given the thought of such a massive options available for a world tour package, i began to think aloud on which destination i can think of , that could be a cliched “once in a lifetime” experience that probably includes thrilling adventures , pristine beaches, awesome mountain valleys, trying out different international cuisines and much more

After much deliberation and hard to choose between Italy, Spain , UK and US , i finally choose the latter. The United States of America, one of the the most sought after destinations in the world , be it  for education or settling down or for a vacation , its one country that you can never afford to miss in your lifetime

The US is predominantly divided into the West Coast and the East Coast . The West Coast is mostly made up of the Silicon valleys and all computer giants based out of there , alongside the extremely beautiful tourist destination spots that include the world famous cities of Las Vegas ,San Francisco, Los Angeles etc
The East Coast  is the financial and the educational hub of the country esp around the parts of New York and Washington D.C that houses all the world’s biggest financial companies around Wall Street and the most prestigious institutions including Harvard,Cambridge and other Ivy League colleges

Incidentally Yatra.com offers a major tour alongside the West Coast that includes San Francisco,San Diego,Las Vegas , Disney Land & The Grand Canyon .I’d probably call this a stranger than fiction Holiday tour . Having not visited the country before , and seen only in sitcoms and movies its always been a top priority in my Bucket List.

San Francisco would be my first checkpoint with its largely popular Indian settlement and a plethora of Indian restaurants . Home to the Silicon valley, this magnificent city plays hosts to several IT Giants including Google,Facebook,HP,Oracle and several other companies .The trip would begin with a visit of this silicon valley area and get absorbed in some of the beauty of some of the geniuses of our life time .

This would be followed by a drive down an engineering marvel of a bridge , the Bay Area “Golden Bridge” which appears as a jewel in the night and additionally cover the rest of the city’s tourist spots . I googled the pictures and found one spectacular image of the same
(Source of image : getintravel.com)

The San Francisco tour comes to an end just to be followed by the epic , Las Vegas Tour .The city of Casinos, Las Vegas is one of the most prominent destinations to some of the wealthiest people in the world with its innumerable casinos, star hotels, a never ending nightlife , awesome architectures and some spectacular mountainous spots.

Be it the music festivals on the streets, Rock concerts in star hotels ,or the musical fountains near the Bellagio, or a night of gambling is upon us to decide on what should constitute an epic night . Whatever you have witnessed in the most popular “Hangover” movie, you can relive those moments , and who knows, it could be more “legen”-“dary” than you would have thought 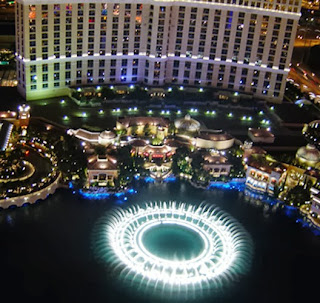 Just when you thought this trip cannot be more awesome than you would have ever imagined, the following day would lead you to the massive Grand Canyons. It is the largest and one of the deepest canyons in the world. More than anything, this is something that you cant witness anywhere else . After being immersed in the beauty of this deep valley ,we’d take a Las Vegas Night Flight , a helicopter ride over the illuminated Vegas city

The last 3 legs of the amazing “Yatra” journey consists of three most popular spots in the history of Cinema
Beverly Hills, Universal Studios & Disneyland.  Beverly Hills, also popularly known as “Hollywood” is home to  the finest movie production companies in the world, including MGM,Warner Bros, Walt Disney etc.
The rows of movie sets, seeing top movie actors live in shooting can be an unforgettable experience any movie buff. I being a huge crazy fan of international movies and sitcoms, may just go crazy and probably never feel like coming out of the sets after seeing these mammoth sets and quality cinema at its best 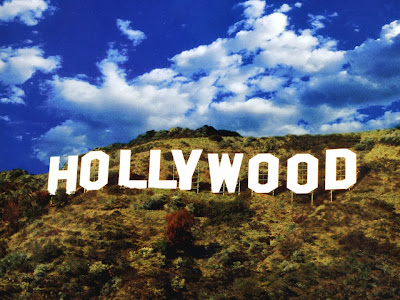 The Beverly Hills driveway also being one of the most expensive real estate areas and home to major film stars is also a major clickworthy experience. I’d probably lose track of time and may relish every second of this tour

The West Coast trip heads on to 2 of the most popular theme parks in the world , Disneyland & Universal Studios. The place where the reality is stranger than fiction ,where dreams comes to life in front of our eyes, where illusions bamboozle us with death defying tricks and rides than can scare the world out of us
These 2 are places that brings out the kid in us and relive our childhood memories and actually play them out.
Forget who you are for the day and immerse yourself in the DisneyLand experience .

On similar lines is the Universal Studios experience, where you can visualise how they made some record breaking multi oscar winning movies like Titanic, Jurassic Park, the Mummy, Jaws etc. I was also told that this Universal studio has “experience rides” like “Terminator 3D” ride, the Jurassic Park dinosaur ride and even a Simpsons special ride

I guess all wonderful things come to an end and so is this trip where you head back to India, but the Yatra.com tour ensures that it ends only in reality , and not in your dreams and imaginations where the experiences stay on Forever

These tour packages like the one described above sell out in minutes, if not seconds given their unbeatable fares offered , so go ahead and book yourself not just a vacation but an experience at www.yatra.com 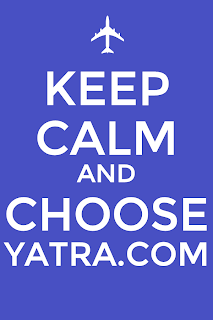