That’s what it took to experience one of the greatest and longest ever road trips of my life and something exactly a dream drive should be like in every way , perfectly awesome. The trip began from Delhi . Along with a few of my friends, we borrowed a friends’ Hyundai i10 . It combined the comfort and luxury of a hatchback and also fuel efficient . We set out in the early morning hours, before the buzzing city woke up and began my drive on our first destination, Jaipur 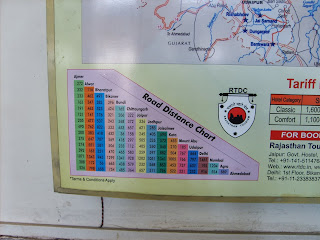 Before the drive we loaded up with food , water and more importantly installed a aromatic Ambi-Pur car freshner in the car to enhance the drive experience.. The aroma and the freshness lingered for the entire week when we are at the wheel and never once did it fail to freshen & energize us

The entire tour as per our supposedly “rock solid” plan consisted of 6 cities ,which consisted of Delhi, Jaipur,Jodhpur, Jaisalmer(Pokhran and Kuri), Ajmer, Pushkar and back . Each of these cities was separated at a distance of nearly 300 kms and was almost like a Triangular route and hence the name Desert Triangle.
The drive to Jaipur was mostly pleasant though in most places the road was non existent and it became more and more evident as we entered the districts of Rajasthan. The car maintained its speed though occasionally had to slow down considerably for the potholes that were innumerable in the small villages we passed through. We reached Jaipur well past 1pm the same day and had a delightful lunch at the tourism hotel
Jaipur , true to its nickname retained its lovely dose of pink in most areas ,and looked like a  really developed city in midst of a sprawling architecture of  palaces ,forts and gardens . We covered almost 3-4 places the same day and toured the hot city and reached the palace around 5 , when we were in for a surprise .

The time of our entry coincided with a Ad shoot (IPL Rajasthan Royals title song video shoot) and in front of us ,stood the ever beautiful gorgeous Shilpa Shetty swaying to the music of Halla Bol , on top of an elephant seat . To our advantage, there wasnt much crowd around the area and we seemed to bask in the limelight and enjoy the spectacle as it happened .We took innumerable pictures as the event progressed and also happened to catch a word with her ,which was the highlight of all 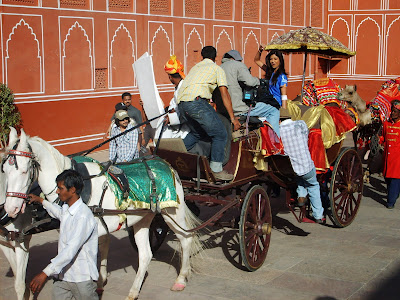 After what seemed to be an eternity at the Jaipur Palace, we drove down to the nearby Hawa Mahal and finally settled for a fantastic Rajasthani meal in a small corner shop

The second destination was Jodhpur which was beautiful in its own way. The roads were clean , well built and one could experience the beautiful Rajasthan folklore in this city , from the people, their food, culture and monuments and overall the journey was worthwhile, though uneventful

Our third destination was to Jaisalmer . Jaisalmer is the entry point for the Rajasthan desert  , which was 300 KMs away from Jodhpur . Jaisalmer was a stark contrasting change to the twin cities Jaipur and Jodhpur with a splash of Blue. We learnt that , we were to cross the heavily cordoned off military areas of Pokhran (alongside the borders of Pakistan) where the very famous missile testing took place 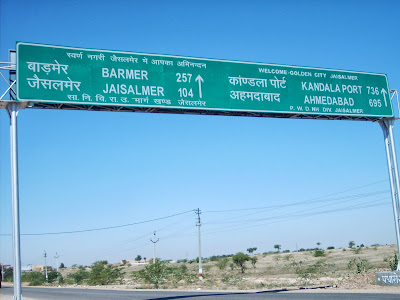 Almost everywhere we could see mammoth military tanks and army vehicles and we almost had to give way for around 20-30 of them  at one single time. At one point of time ,we almost rode to a complete halt by a nearby “Chai-shop” until the entire parade of military vehicles passed through (One of the first time i ever saw a Tank in operation , in my life) 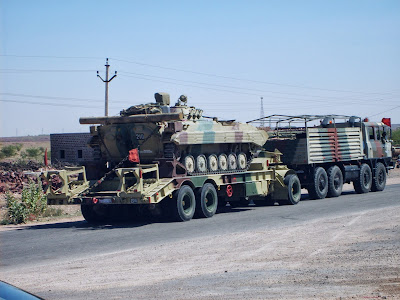 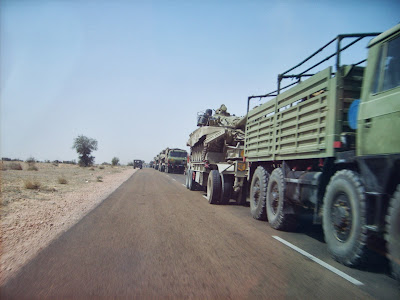 We had booked a cottage in the middle of a village called Kuri, which is further 50 Kms away from Jaisalmer, deep into the desert . The drive took us to middle of nowhere though the map and direction posts indicated that we were on the righttrack .We reached Kuri in the late evening and it was one fascinating village that I ever visited. It was a tiny village with small handloom shops, mini huts , and the only cottage houses which we fortunately had booked .Locating people was actually a tougher challenge than signposts. The village was surrounded by sanddunes and cactus filled deserts with the occasional camels roaming around , just like those old films .The stay in a mini cottage , in the middle of nowhere with minimum facilities and some authentic Rajasthani dinner made us completely awe struck

With countless pictures , and the digital camera almost reaching its memory storage limit ,we decided to drive down back to Jaisalmer . About 15 miles down the way, the car came to a halt ,and we realized the car fuel had reached to an empty state. We looked around and found almost no signs of life or any vehicle even in the nearest vicinity . The way back was more than 25 Kms and we knew it was not easy to walk back without the car in the hot sun , in the middle of the desert. The sun was slowly rising and the temperature started to soar . Heights of despair were almost reached and we seemed to lose hope by the second. There was no cell towers and hence was completely out of coverage . We wandered off together towards the dessert in search of any human life that may point us in some way or the other for a emergency call or relief 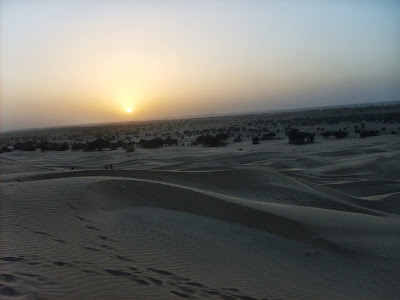 At a moment, when life stood still and every alternate plan came with a failure, we spotted a small guy riding a camel. We got back to life and almost ran towards him . He seemed to understand our broken Hindi, and nodded vigorously for our cry of help .Despite the desert’s soaring temperature, we were forced to pour 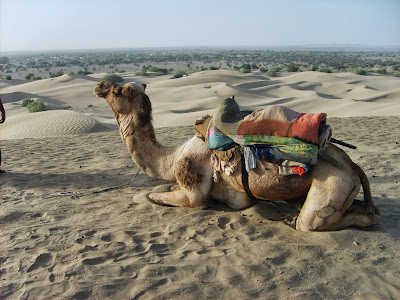 our water from the bottles, and carry off the empty ones along with us. 2 of my friends decided to stay back near the car , while 2 of us, in a never before experienced “Camel Ride” rode off in what seemed to be like hours in the poor camel’s back. We finally spotted a truck who stopped at our waving and with such a generous heart gave us a bottle of diesel from his own truck’s engine . After a profusal of thanks, we went back with the same camel and reached our car . Despite the hardship, soaring heat , it was a never to forget experience in an almost no man’s land

The trip concluded with a visit to the adjoining cities of Ajmer & Pushkar as we finally shifted our gears to the fifth as we stepped on the Delhi Highway, bound for the national capital

Crashing the Pepsi IPL – A Finale