Skip to content
February 8, 2023
Uncategorized
I believe in road trips.

For which nothing else gives you greater passion , a liberation of your spirit and freedom and a touchline reality with mother nature . Road trips creates a parallel reality shift , where the sorrows are left behind and that moment creates an excitement of entering new lands and some uncharted territories


The key difference in making a road trip from good to great depends on several factors  : A rock solid car that can sustain rough terrains and tricky road conditions . A great group of friends who can make the whole road trip worthwhile without getting monotonous and last but not the least , a passion and a will to explore uncharted territories. It also certainly helps immensely if the lingering smell in the call has a pleasant fragrance creating an exotic impression .
The olfactory sensation from a nice freshner like an Ambipur Car Air Freshnercreates a transcending freshness transporting to another world and makes the whole journey even more pleasurable
My idea of a perfect dream road trip was something that actually happened a couple of years on my trip to Delhi – Shimla – Manali . An unforgettable road trip, it was nothing short of what Barney Stinson would have referred it to as Legn – wait for it – Dary !!
We planned to have a long drive from Delhi  – Shimla – Manali – Chandigarh,after flying over to Delhi from Chennai . It was a mini reunion trip with a few select college friends. After our arrival in Delhi , we hired a Mahindra Scorpio from a travel firm to take us to Shimla, our first destination. The total distance was 343KMs and the drive began very well with some amazing weather in the early morning bliss and the smooth roads in the highways added to the overall effect . 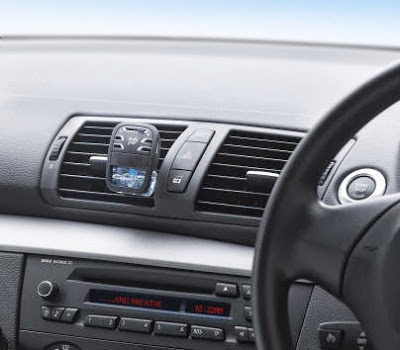 We were 4 of us excluding the driver and the car cruised along the highway (NH 22, if I am right) in good speed with the music blasting and some wonderful chilled and Fragrant fresh air from the A/c  , thanks to Ambipur Car Air Freshner . We had several pitsops which included tasting the “Asal Dhaba” Food in the roadside restaurants and getting a Quick Chai. We reached Kalka at a decent time though the driver was pretty fidgety and nervous throughout. Kalka , being the base station was the entry point to Shimla .This was where the events take a quick turn . The driver slowly brought the car to a halt towards a corner of the road and announced nonchalantly that he has never driven in the mountains ,especially a car like Scoprio and cant drive in the Ghat section . We were quite shocked at this new revelation and mightily worried about the whole plan schedule
The four of us quickly decided and planned as to who’s gonna drive across the steep and dangerous mountain roads(ghat sections) till Shimla. They all pointed fingers at me, despite forgetting that I  have equally no mountainous driving experience, though would definitely fare better against the driver who refused to drive completely or the others who looked completed passed out . It was a 96 km Distance and one of the most challenging efforts I had been assigned to . The car suddenly looked beastly and the roads looked much smaller and steep . Taking the wheel at the base of the world famous Himalayas was something that could have given me an instant kick though and made the drive an unforgettable one
There were several shops,view points of the deep gorgeous valley and ravines , small villages along the way and the railway lines that kept running parallel to the ghat roads  gave us some “invisible”force and protection that kept us going
There was one too many hairpin bends , steep climbs that forced you never to leave the accelerator and clutch even for a second nor stop anywhere ,as the car just go back down the slope ,added to dodging the incoming traffic in the even smaller roads. We later learned that Shimla was at a height of 7234 Ft and ironically a “Himalayan task indeed” .
The Scorpio was strong enough to handle 5 of us and the pure fresh fragrance from the Ambi Pur Car Freshner kept us at peace at all times without any pressures. As the climb got higher, the temperature dropped drastically and the air pressure higher.  The deep valleys looked spectacular amidst the backdrop of a snow capped peaks in full glory. It really brought out a “Roja” movie moment , the pure joy and estacy of seeing a snow capped peak in a earth shattering silence amongst the peaks could be a life changing moment
The moment where you forget everything , life comes to a standstill and you just awe at those extremely beautiful peaks several eons away
After a 3 hour effort with small pitfalls and narrow escapes from accidents ,we reached the summit (as we call it). Shimla was on our eyesight like a jewel in the crown and we really felt the entire effort was worth it . It was one journey that none could ever forget and personally it was one Ideal Drive that one could ever hope for . Getting down from the car after a exuberant journey , I just thought to myself, why not drive again to Manali as well , with a wicked smile 🙂

I guess i looked just like below after my journey 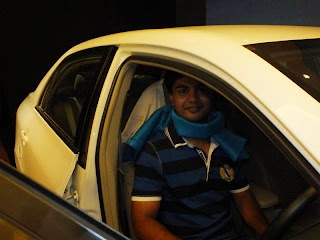 For more information on Ambipur Car Freshners, do visit facebook.com/AmbiPurIndia