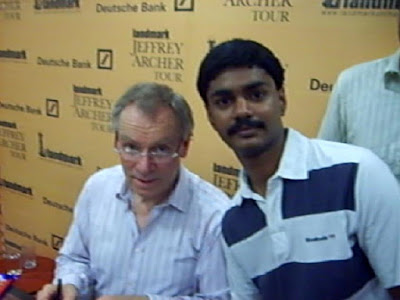 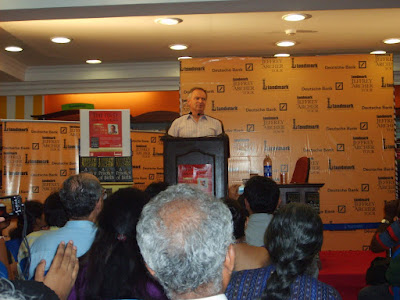 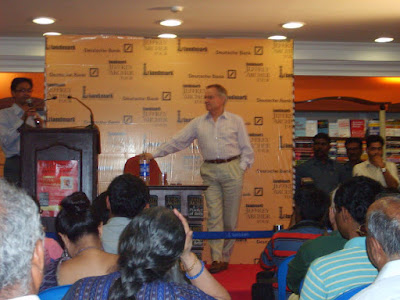 The Master Storyteller in Town

It certainly is one of those rare days , when one gets to meet face to face with their role model who have inspired them so much in their life..That day came for me today , when Lord Archer , the greatest novelist in the world came down to Chennai , to promote his recent book, A Prisoner of Birth

The speech he gave was one of those finest speeches i ever heard in my life.

Some extracts from his speech :

“I ‘d go to London and let the major authors there,know that their book is not an international bestseller , if it isnt sold at a traffic signal in Delhi or Chennai”

“The Prisoner of Birth might be similar to The Count of Monte Cristo , but the way i made it different was its plot,the prison life and the way Danny Cartwright takes revenge . Every Novel I write is a part of my biography and so is Prisoner of Birth.Even Jane Austen wrote almost six novles which was mostly inspired from her own life “

“The T20 is not cricket at all. Real Cricket is where , Rahul Dravid & V.V.S.Laxman plays two full days in Melbourne in a Test Match against a formidable Australian Attack. “

“I write from morning 6-8, take a 2 hr break, again resume writing from 10-12,take a 2 hr break,again write from 2-4, a 2 hr break and then resume from 6-8
After 55 days of this routine ,i complete only my first draft.
The Prisoner of Birth took 17 drafts to complete. So to all u budding authors , when u come and tell me ,’I have finished my book’. Ur wrong. U have just completed your first draft”

“The beauty of R.K.Narayan lay in narrating a story , about a funny simple fictional village with small characters and in the process making them giants. Whereas other authors make giants into small people.

The Grand Finale – Ind Vs Pak -As Usual Unusual