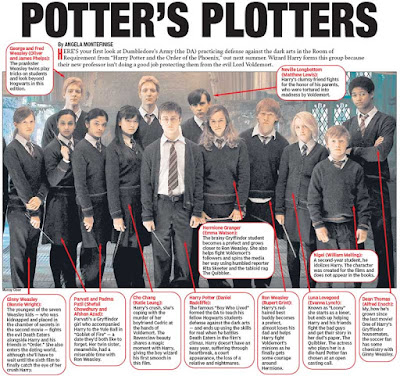 A highly awaited expected fifth installment of the Harry Potter series , titled The Order of the Phoenix , has certainly flooded all theatres across the world .
Despite the growing no of Harry Potter fans , or to say J.K.Rowling fans , estimated to be in millions , the film turned out to be a big bore , atleast for a non Harry Potter fan like me..
There has been several major fantast novel adapatations on to the big screen like Lord of the Rings , The Transformers ,etc . but the fifth part offers nothing to the viewer .
With a monotonous screenplay , and most of the scenes appearing in the four parts , it was a
difficult experience to stand two and half hours of the movie.

A sincere request for all the others who hasnt yet watched the movie , do not waste ur money on it..

If you are suffering from insomnia ,watch Harry Potter 5 to cure it……..

2 thoughts on “Harry Potter and the Order of the Phoenix”