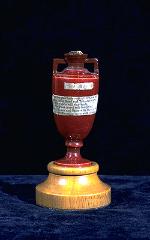 Is it Really burning for ?

Is it going to be again this time was the question raised when left for the Ashes tour .It wouldn’t have been surprising to learn that the answer was a simple NO, which just raises some doubts as to whether the previous ashes victory by was nothing but a fluke .

The Aussies went straight into business with a comfortable victory in the first test…
But surprise was in store was for them when posted a 500 plus score in their
score in the first innings .But then even a big storm doesn’t deter the Australians and
neither was this score.The Aussie juggernaut kept rolling throughout and it was
Ricky Ponting and Shane Warne this time, who took the honours.

Ponting scored a brilliant century in the first innings and a match winning 49 in the second.
As for Shane,the ball didn’t stop spinning,and as usual was Bamboozled by his deliveries. The wicket of Pietersen ,by Warne,who came off the wicket ,pitched the ball wide of the leg stump and bowled him around his legs in the off stump…..

Whoa,,,what a ball.(Guess it was just a repeat of The Mike Gatiing –Shane Warne delivery) 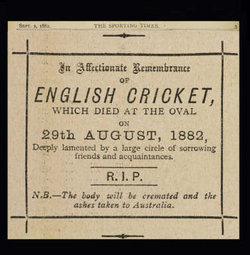 has the same mystery as to what invisible force stops them from winning against Australia.The question would probably be applicable for any country..

The answer does not lie far.

But can any country find it?