If you are a huge fan of cricket , know each and every player very well and might be able to reasonably guess which player can perform on any given day, this is exactly for you. A fantasy cricket league that rewards you with a huge sum of money, if you form a dream team that performs better than other set of teams. Sounds unbelievable? Read on… 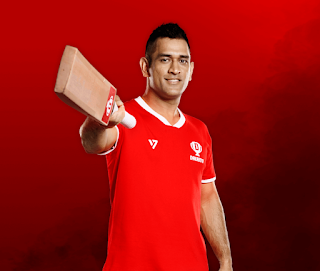 Almost a decade back , during the Cricket world cup of 2007, I was introduced to the concept of Cricket fantasy leagues. Each player was given a specific score based on his role , team , form , experience and popularity. With a fixed budget spend, you had to pick around 11 players as your dream team each day for every match. You couldn’t pick all the top sportsmen because then you’ll run out of budget and won’t have money to spend on other players. Similarly if you end up spending on low priced cricketers, they may not end up performing well and hence you might miss out on rankings. At the end of the match, each players performance was tabulated and the dream team that picked the right set of players, won a small prize money.

I used to remember how I secretly wished how only my players should perform well , while the other players get out for a low score or give away a lot of runs if they are a bowler. Mind you, this was not a game, based out of luck or lottery. It was played with a lot of skill, talent and knowledge on how a player might perform in any given condition.  If the player happened to be dropped on that day’s match, you could lose heavily than someone who was actually picked. Though there were a huge participation and interest in fantasy leagues , it  didn’t gain any traction back then
Several years later, I now discovered a Fantasy sports platform called Dream11, after seeing an ad on television during the recently concluded IPL event. I had a chance to experiment with the fantasy cricket league and it turned out to be a challenging exercise.

Once you signup in Dream11.com, you’ll be shown a list of upcoming matches in a variety of team sports including Cricket, Football among others.  Pick any one game that is of maximum interest to you and you have a decent knowledge of the game and the players. 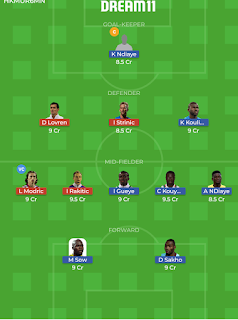 You are now given 100 credits. A player might range from 0-10 credits and you need to pick 11 of them based on the game.

Once you form a dream team in this Fantasy cricket league , with a fine mix of players (say 1 wicketkeeper, four batsmen, four bowlers, 2 all rounders) , you need to join any contest. The contest can be either a practice one or a real cash contest.

You can choose one among the 10-20 cash contests based on your budget. Suppose you want to spend only 50 Rs, you can join 1-2 contests which has lower entry fee of 20-30 Rs each.  The lower the entry fees, more no of teams can participate in that particular cash contest. So naturally the higher the entry fee, your chances of ranking higher for that game will be much higher. 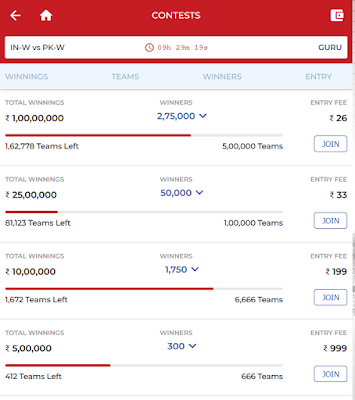 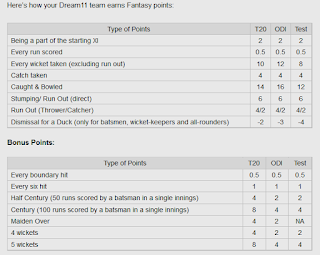 The short trick here is not only picking the right team who can deliver a lot of points for that day, but also picking the right contest. Pick a contest with a decent entry fee and a high winning fee with very few teams participating in it. This brightens your prospects immediately and you may end up on the winning side.

Note : The contest entry ends one hour before the games begin. So be quick , be informed and pick the right team 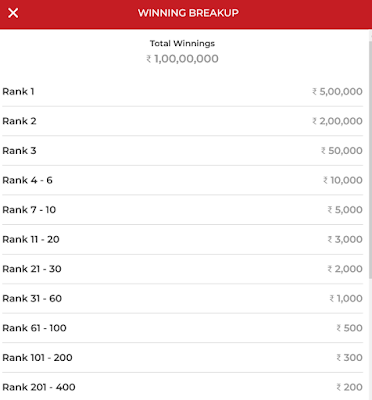