Skip to content
February 6, 2023
Uncategorized
If you were in India, you probably would have heard about the massive protest that happened across TamilNadu against the ban on the popular “Taming the Bull” Sport, “Jallikattu”. This was done on an unprecedented scale and ended up being a successful protest . In contrast to any other protests, this was done largely on a peaceful scale , assembling in the popular Marina Beach and causing almost no disruption to everyday life. The people who gathered in these protests were largely youngsters,(college students, some school students, and even professionals) who took time to come and sit in these protests. 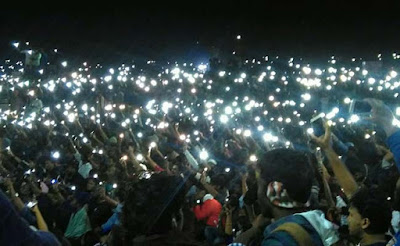 The protest however took an anti climax turn, when political parties started to interfere for their own political gain. They brought in the miscreants, who tried to shift the theme against the current government and incite violence . The final day of the protest saw the bill being passed permanently in the legislature, sadly with a lot of damage to properties and people. The papers only said, the city was in a battlefield state, rather than actually celebrating a success that they fought for pretty hard.

So here’s a quick look on what actually went right and what didn’t.

It’s always inevitable that a certain downside happens to every protest , no matter how peaceful it starts. Yet some of the points above could have been prevented easily. Irrespective of how I feel about this issue, I’m atleast glad that a resolution was passed to ensure the smooth functioning of the sport,in all places