Skip to content
February 8, 2023
Uncategorized
The launch of the E-Governance and Digital India Initiative by the government is a highly welcome move and couldn’t have come at any better time. The rise of the IT Revolution in this country has been phenomenal especially in the past decade and the race is just getting tougher to compete with China

Despite being the world’s second largest country in terms of population , its a common fact that the infrastructure growth and technological development in most parts of the country hasn’t seen any progress and requires a major overhaul. So it is imperative that the importance of technology in any every step taken towards creating a digital governance is understood and more focus is given to that

So for this initiative to gain steam, one should work on a plan in creating an unified government model that heavily relies on technology, internet and more importantly social media. The government model doesn’t focus on just providing more facilities to the public but rather creating a seamless government organization that taps and adapts every resource available to give a superior experience,which includes harnessing the power of digital technologies and social media 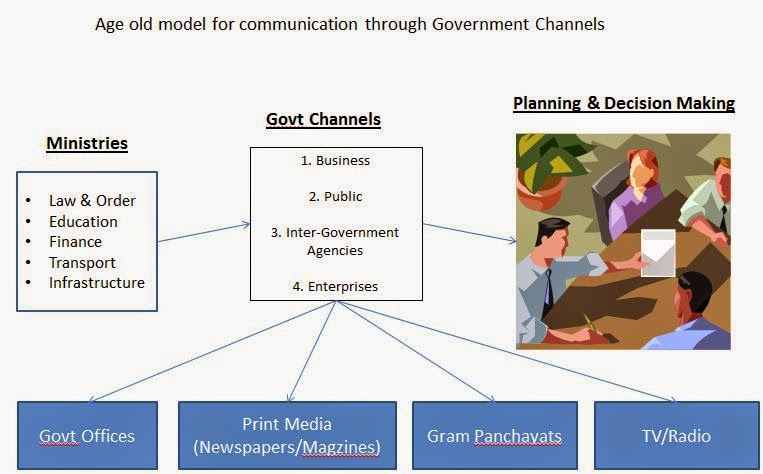 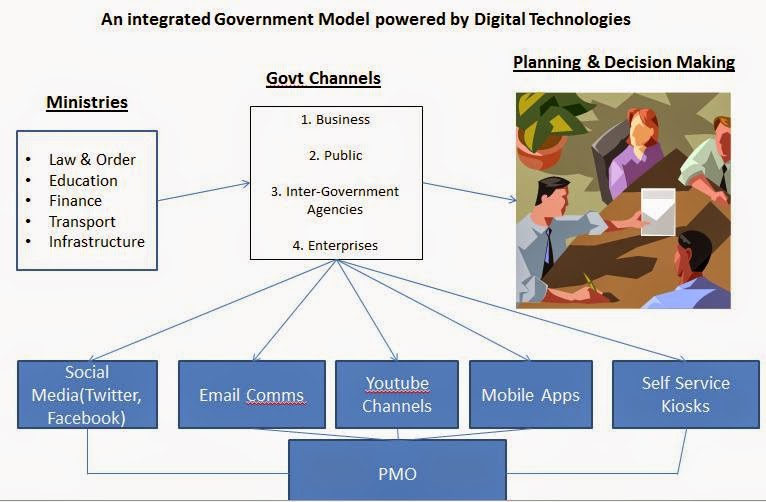 Planning for a Digital India

Empowering the public/citizens should be achieved through public awareness and training programs to push the people in adopting to the digital practices. Be it Birth certificate document or an Aadhar Card status check , one shouldn’t rely on the physical government locations , but rather get access right from his computer or mobile. Every document should and will be available on the government hosted sites & cloud where one can track their application status , pay bills and see complete information in English as well as respective native languages
The public’s literacy is no longer evaluated on basic reading and writing but rather also evaluated on computer/mobile literacy with his/her knowledge on accessing desired info from the internet 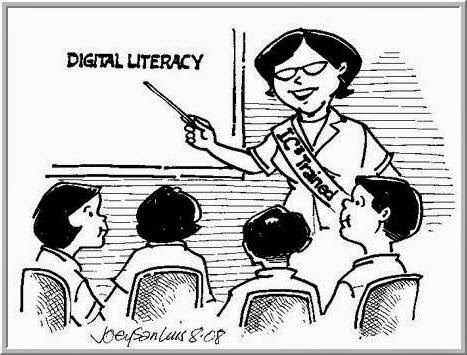 Source : https://cleach.files.wordpress.com/2010/11/classroom1.jpg
An integrated seamless government organization which encompasses all the departments and acts as one single frontier for easy access by the public ,at any given time on demand
These are available in a live environment ,most probably available in a cloud platform accessed through government websites and mobile apps
Electronic payments for electricity , corporation tax,wealth tax, water tax, income tax ,filing returns for IT or even a passport application is available in government self-service websites where everything is done at the click of a button without middle agents and avoids the need to bribe, to move the papers quickly 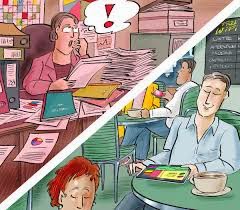 Source: http://www.jll.com/PublishingImages/Services%20and%20Industries/jll_DA_ComicGrid.jpg
For the above 2 objectives to happen , what is important is underlying infrastructure. We no longer can operate on dial up connections or unreliable telephone networks for accessing the internet ,but rather require powerful high speed fiber optics,which can offer speeds easily in the range of 20-40MBPS.
Apart from the internet facilities, public should be given the option to create bank accounts and digital identities that aids them in utilizing these govt offered facilities 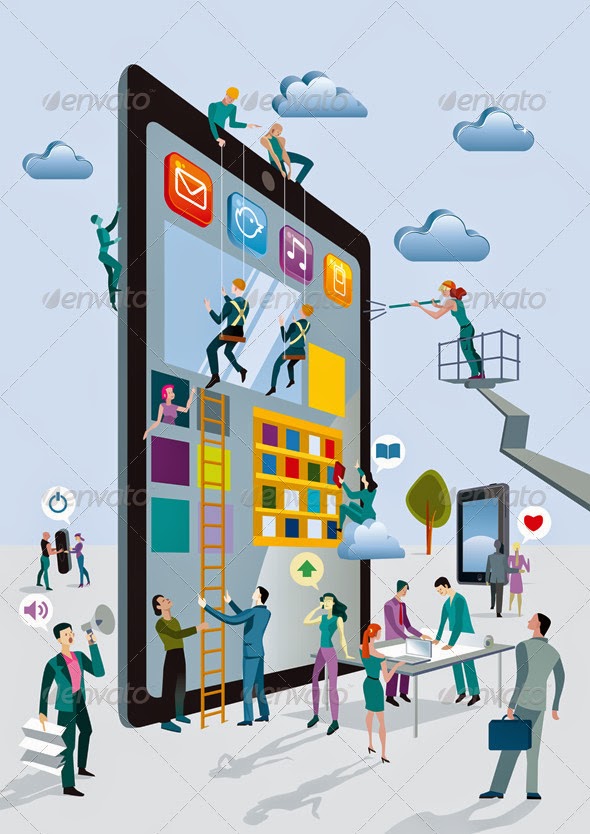 With a rapid rise in cloud networking and digital infrastructure being setup, another key point to watch out is safety and security of these information. A Digital India can be fully called as one, only if its safe and secure from cyber criminals too

All the three objectives are interconnected and serve one unified goal : Developing a Digital India

As explained above infrastructure, empowerment and cloud services are the key tools in building a Digital India. However despite the presence of all these , the mission can still fail, if it doesnt reach to every last citizen of the country. Those living in urban cities have access to all facilities, like High Speed internet ,good roads, 3G Mobile connectivity , Media and so on.

But it all matters when it comes down to rural and suburban connectivity, which lacks even basic facilities like schools,drinking water , toilets and hasn’t seen any development in several decades. Not just internet , but most parts of India, don’t even have a cell phone tower to make a mobile call. These are the areas which Government must focus ,to help them get access to the mobile world .
This last mile of connectivity can be immensely useful for the government to send targeted communication and ads to these remote villages and spread awareness on new initiatives almost instantly. Earlier it was the job of the post office and village panchayats to constantly communicate with Government offices to spread information

Even if procuring a laptop or a PC is very expensive for most households in these parts of the country, a cheap touch screen mobile powered by even a 2G internet can literally put them on the digital world with access to emails, E-Government services etc.. 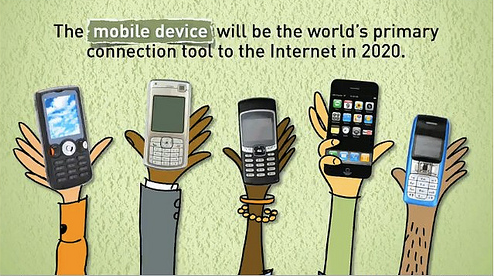 The Convergence of Technology 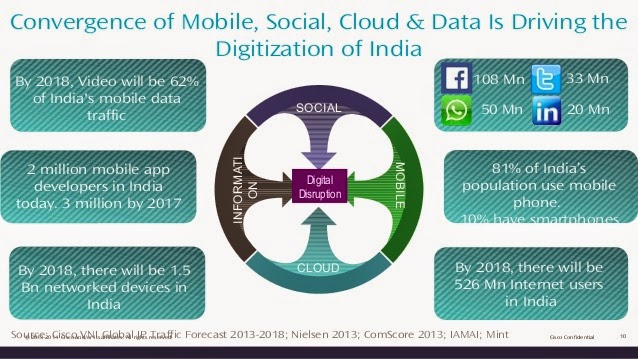 Even before planning and setting up the infrastructure for a Digital India, the starting point for all of these should be about Education and Jobs.

Feedback Mechanism for E-Governance
About 10-15 years back ,a government feedback mechanism was practically non existent and the only two available modes of expressing discontent or providing feedback was through letters to the Editor to the national newspaper(Which was rarely published) and the other one was a complaint box , that was more like a trash bin and never checked 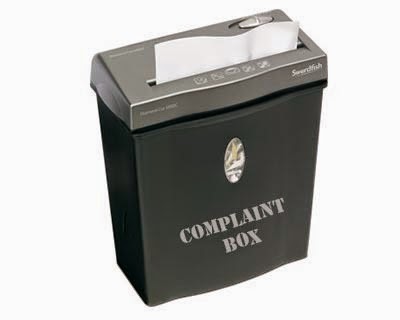 But these things are no longer taken lightly as the public has been armed with more than 10 types of social media channels where they can vent out their frustration publicly, immediately read and shared by several thousands across the country. Hence a proper government feedback channels ( Points of contacts ) is to be setup for properly collecting feedback not only through feedback forms but also on the internet like Twitter, Facebook , Instagram , Vine, WhatsApp etc
The current day scenario for Feedback Channels 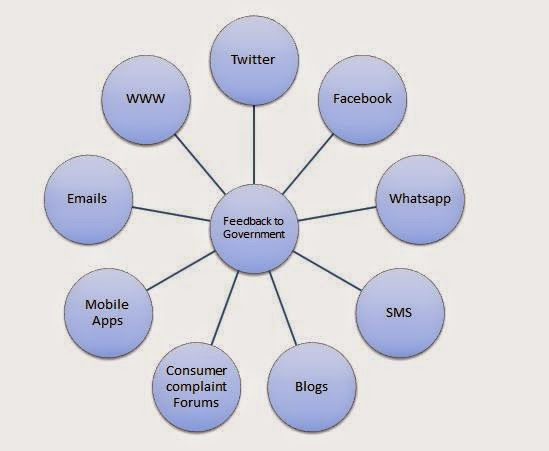 Source : Self Drawn
As popularly said in one of the recent TV episodes of “The Newsroom” by Aaron Sorkin,

“The news gathering and newscasts will have tentacles into every inch of the internet – interactive, podcasts, livestreams, Tumblr, Facebook, Twitter. We’ll make our audience reporters in the field through Instagram and Vine, Snapchat and blogs, our users become the audience and our audience becomes contributors.” 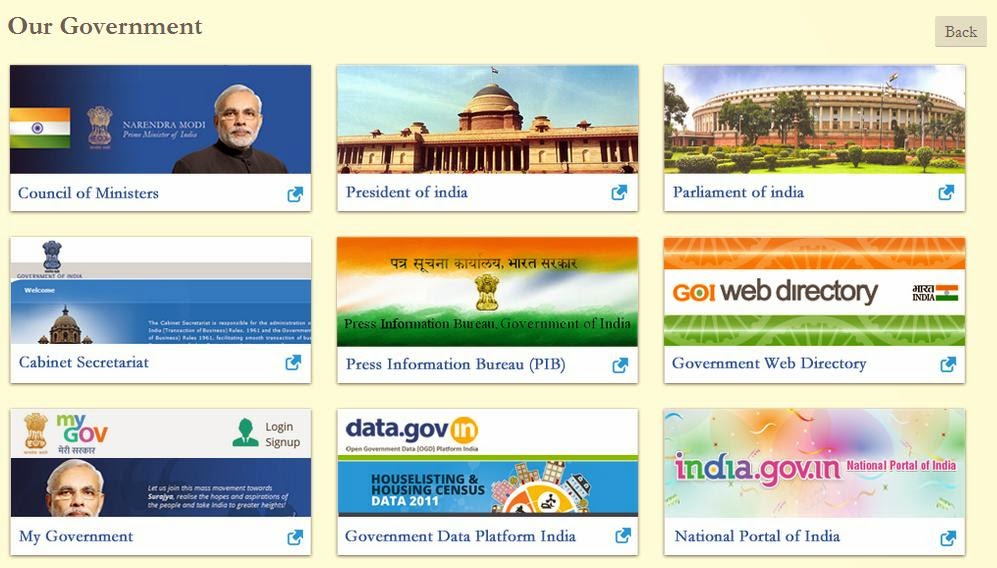 Check out Intel‘s initiative in their quest for promoting #DigitalIndia.
Intel is committed towards our government’s vision of a Digital India. Through its ‘Digital Skills for India’ and ‘Innovate for India’ initiatives, Intel has been fostering technology as the enabler for creating a digitized India.
The Intel Digital Skills for India Program  will set India on the path of becoming a digitally inclusive society. Intel Innovate for India Challenge will also foster local innovation for pervasive technology adoption and usage across India

One thought on “Envisioning a Digital India”