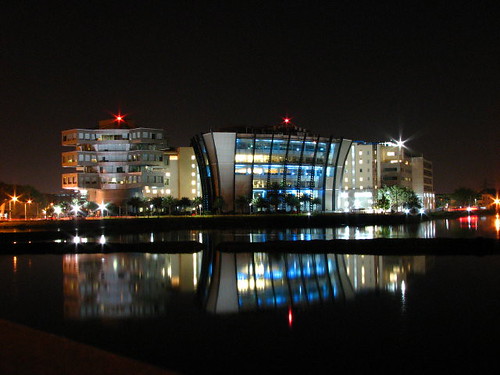 A new job in a new city can certainly accelerate things in one’s insipid and rather stagnant life , and could bring in a completely new perspective and dimension to the world around you or as one might refer it to a paradigm shift ,if you happen to know the word.
Esp it happens to be a dream job in a top notch company , there’s nothing more to expect for,completely overshadowing ur past failures , making you forget all those bad breakups and other troubles that seem to haunt you for months to come , even making the constant shuttling between Chennai and Bangalore every week , a worthwhile journey
And this is just a glimpse of my past month’s events .The original version runs into several pages

I always intended and desired to rant about personal and common stuffs in my blog .yet,after several deleted rough drafts,I have resisted it strongly , so as to not affect the theme of my blog, which includes marketing and sports

Sports in all forms has been a complete disappointment to its million fans across the world , esp in the past few weeks ,and as the Murphy theory holds, all wrong things happen at the same time.A small dissection of these sports follows:

Cricket : A classy ,gentleman’s game has been turned into a raging, impatient, quick-to-fame game with its introduction of the T20 format ,which is being further divided into IPL, World Cup T20, Champions league etc. The World Cup , similar to the IPL had its own share of upsets. The overconfident, injured, Ex-Champ, Indian team , falling like nine pains to power of Gayle , the mammoth Aussies being eliminated in the first round ,or the mighty South Africans losing to Pakistan , the World Cup has become another disaster , as evident from its dull SriLanka-Pakistan finale. Not that they didnt deserve it , but it jus shows to prove that this version is only for those who can make it happen that day , and doesnt give any compliments and regards to true class and brilliance.

F1 : A sport , completely dominated by politics , and its future hanging in the balance , adding to its recession woes . At a perfect “unperfect” moment, F1 chief Max Mosley comes up with a budget cap of more than 60 % , and a standardized engine for all the teams and promptly and rightly rebuked by 8 of the 10 major teams threatening to quit and start a rival series.
The situation has worsened now , as the deadline for the agreement has ended , and the new series is jus less than a step away. F1 fans have felt complete contempt with these new political developments and divided upon which one to follow, though the balance tips in favour of the rival series , since it includes Ferrari,Mclaren,Brawn GP,Red Bull Toyota and so forth.
F1 will be merely reduced to just any other sport with teams like Force India and other useless American teams competing it and may not be really that worthwhile. The sport’s sponsor may also duly shift to the rival teams , as thats where the big brands and big bucks lie.

Football : One of the widely adored teams, Manchester United has given up on its key Portugese striker,Christiano Ronaldo to Real Madrid for a sum of 80 million pounds,thus ending the year long controversy. Added to that , United has failed to renew its contract with Argentinian striker Carlos Tevez , which comes as a rude double shock to its fans and a major cause of worry to the already ageing team of Scholes,Giggs,Rio Ferdianand and so on. Man Utd might find itself in a big crisis , as to whom to fill in as replacements for the right midfielder and striker position and has got a major job in their hands , and as to its future , even Alex Ferguson may not have the answer to it

Tennis : Nadal misses out on Wimbledon , due to injury , and a major disappointment to the Centre Court audience not to witness the duel between Nadal and Federer

and to add to it , I havent added Golf and BasketBall to this rather depressing list

Impact of Love and Relationships