Skip to content
January 31, 2023
Uncategorized
In this media frenzied world , it is quite important for every brand to understand where it currently stands , what is its current positioning and where the brand should be seen according to its identity,values and characteristics
For example , A premium and an exclusive brand cannot afford to advertise in a mass market , which ultimately leads to several repercussions .
First it loses its target customers , the brand values are diluted and the core purpose of the brand and what it stands for is defeated.

This post is actually based on an interesting incident from the book, Accidental Branding I read recently read , and incidentally based on my previous post on Product Placement .

It talks about , how a small TV serial episode managed to change a niche and an exclusive brand into a mass market brand and led it into its major crash.
Seinfeld ,one of America’s popular sitcoms , had a tie-in with J.Peterman ,a designer brand for a product placement in an episode 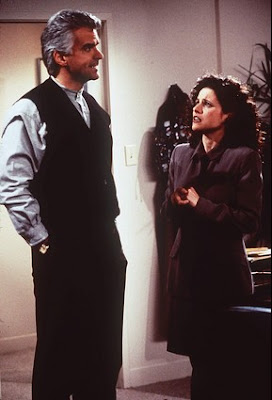 The scene goes like this :
[On rainy street at night]
Elaine: (sob sob) (bumps into man with an umbrella) …
I don’t even know where I’m going.
Peterman: That’s the best way to get someplace you’ve never been.
Elaine: yes, (sob) I suppose, …
Peterman: Have you been crying?
Elaine: Yes, (sob) you see this (sob) woman, this manicurist,…
Peterman: Oh no, that doesn’t matter now. That’s a very nice jacket.
Elaine: Uh, (sob) thanks.
Peterman: Very soft, huge button flaps, cargo pockets, draw string waist, deep biswing vents in the back perfect for jumping into a gondola.
Elaine: How do you know all that?
Peterman: That’s my coat.
Elaine: You mean..?
Peterman: Yes, I’m J. Peterman.
J.Peterman was an exclusive brand sold only through catalogues sent to a few selected people.People considered the brand to be a premium and far differentiated from other brands.
But after the episode , millions of them watched it and enquired about the J.Peterman brand of clothes. The “catalog only” model didn’t work out anymore , and he was forced to sell retail.
The sales grew rapidly thus paving way for more expansion across the United States.

The expansion forced the J.Peterman brand to lose its “Exclusivity” tag and hence became a mass market brand . Incidentally for that episode, it was said Seinfeld and Peterman himself
wrote the script

He wrote the script for his own fall ! What an irony

Fantastico Places to Eat in Chennai

3 thoughts on “From Niche to Mass Market ? Where do u want to be?”