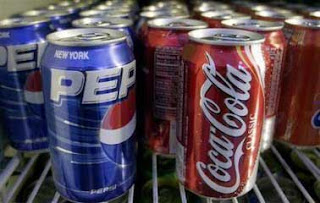 History has shown us that there have been several firms and research agencies that have deeply analyzed the different marketing strategies adopted by the two Cola majors, Pepsi and Coca Cola, alongside their “big bucks” spending on ads with top celebrities, in every media vehicle possible, apart from their event sponsorships ranging from small cricket tournaments to the Olympics.

Pepsi going for the Youngistan theme recently, trying to portray the Pepsi drinker as a part of the Young India, whereas Coke went in with the Jashn -E-Manale campaign and also relies on its positioning of “a drink to celebrate and also to quench the thirst”) etc..

A ROCE (Return on Capital Employed) ratio and a measure of the ad effectiveness and its impact of these on the sales would have also been studied.

So are these ads really effective? Is there really a strong brand loyalty following to these drinks?

Reports suggest yes, but I’d say NO! And this is why:

A quick survey (in India) across several respondents posing the question: Do u drink both Coke and Pepsi? If only one of them, are u so loyal to one that u don’t drink the other (This is given the situation, that the store stocks only one of these brands)

Respondent 1: Prefer Coke to Pepsi. Pepsi’s too sugary sweet, but if u go to a store and u find only Pepsi, will definitely take it…..

Respondent 2: Pepsi no coke. If he doesn’t have it i will go with coke.

Respondent 3: I drink both.

Respondent 4: I drink both. Whichever is available in that store I buy that.

Results haven’t been quite surprising and are just as expected: 95 % of the surveyed, say they drink both. Some of them accept they do prefer coke to Pepsi or vice versa , but when given no choice in most stores which stacks only Coke products or Pepsi , they drink whatever’s available and do not prefer travelling that extra mile jus to get the other drink

Studying the distribution layout and format of both Pepsi and Coca Cola helps us identifying the situation more clearly. 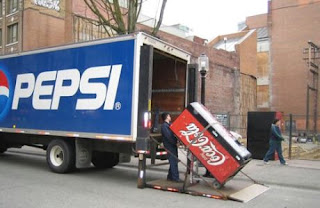 Apart from a major air conditioned supermarket , like Spencer’s Daily ,Nilgiris, Trinethra etc , all the other departmental stores(mid sized) and Kirana(small retail stores) which still forms a major chunk of the entire sales stack only one of the two brands. Either Pepsi or Coke enters an agreement, where they provide a free cooler to store only Coke’s range of products (or Pepsi) and in promise agree not to sell the other competing brand.

The same thing holds for a restaurant chain too. E.g. McDonalds serves only Pepsi, KFC serves only Coke, Pizza Corner with Coke and Pizza hut with Pepsi and so on, forgive me if I have mixed up with the associations) or in a sports arena , where you have only one of them .Either a Fountain Coke or a Fountain Pepsi. Definitely not both!

I can say with assurance, people go to these departmental stores or restaurants purely based on factors such as convenience, locality, etc and definitely not based on whether they sell Coke or Pepsi in particular .

So the important question that arises is: Do Brand loyalties exist for coke or Pepsi? My answer: No

Why? It’s because people drink a Coke or a Pepsi purely based on what’s available in that store at that moment. So its jus a matter of availability and not really a matter of choice. There’s only a very few people who might take the trouble of going somewhere else just to find a Coke, if the nearby store has only a Pepsi or vice versa and don’t really count in the majority. So a concept of brand loyalty in Coke or Pepsi might exist in paper but in reality it DOESN’T!

The same case though doesn’t apply for a personal care or any other edible product. People are very much branding loyal from toothpastes to soaps to creams, but definitely not in the case of a Cola! The only place where a brand loyalty comes in place is only in a supermarket, where People are given both choices.

Even then, the probability of picking up one of them is also affected by the product placement. If coke is more prominent and kept in front in the cooler or kept in a place which is quite easy to reach by than a Pepsi kept in the lower level of the same cooler , any guesses which one you will pick up ?

And me personally, I drink both and frankly don’t find much of a difference.

John Wanamaker, the department-store magnate, once said: “I know that half of my advertising is wasted, but I don’t know which half.”

(P.S. The above article may be applicable to India , as the distribution formats for other countries are unknown to me)

Consumer education : The right path to build a brand!

3 thoughts on “Brand Loyalty in a Cola? You must be kidding!!”