Skip to content
February 9, 2023
technology
I don’t really know when I stopped counting or tracking how often the no of electronic devices I seemed to purchase or upgrade in a year. I take a quick look around my room and I find stacks of hard disks, keyboards, mobile phones, power banks, laptops (Personal/official) ,desktop and the innumerable mobile chargers.

As new technology streams into the market, the configuration and portability of old devices into the new ones seems obsolete. This poses a major challenge as you no longer find a use for them. One such example was an expensive USB 2.0 cable that I bought in a store a year back. The cable was supposed to be unbreakable , will last for two years minimum and had a nice color to it as well. However barely six months later, most of my recently bought mobile phones are now a USB-C variety, and therefore the cable is lying completely unused and literally gone for a waste.

The innumerable Diwali and other festival sales online offered me a 20% instant discount on mobiles and I couldn’t really resist buying some of the most popular models of the market. This has only led to additional clutter in my room and there wasn’t a single day , where I felt the immediate need to dispose of my clutter , at a fairly decent market price.

An unrequited Love for Apple

I have always been a fan of Apple devices and always wanted to own one. However, given the price of an apple mobile phone , compared to an Android phone, the budget always made me stay away from the brand. After seeing the new releases and the rave reviews, I felt it’s time I finally get one and went online to see if I can buy a second hand or a refurbished model for roughly half price.

My hunt began store after see to select the best model ( Probably an iPhone 7) with a dual camera feature and I expected a price of 20-25K , given there was an original price reduction in the market. In one such site, I found a seller in my same city selling for just 18K . 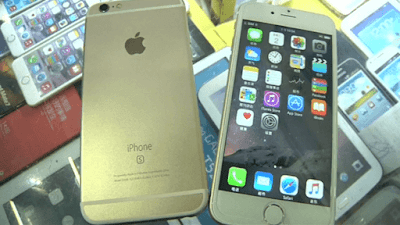 Hoping this could be the real deal and a six month old phone should be as good as new, I quickly messaged the seller for his contact no. He replied within minutes and I arranged a meeting with him the very next day. We negotiated on the price and finally settled on 18,000 INR, which seemed to be a dream come true price for me. 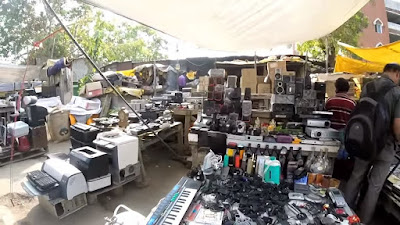 He said he’s also a mobile dealer and hence asked me to in one of those electronic bazaars, in some alley. I grew a little suspicious, but felt confident having seen the pictures online. I was telling myself, that it would be a good deal and shouldn’t go otherwise

I finally met up with the person and he seemed like a fairly genuine guy in person. He asked me for the money upfront and said he’ll bring the phone from inside. I hesitated a bit and said , let me check the phone and once it’s fine, I’ll hand over the cash. He mumbled beneath his breath, went inside and retrieved the phone and came back. To my surprise it was not “Jet Black” as per the original description and it looked “Greyish black”. I questioned him and he said under the dim lights in the store, it would look like that only and in fact it’s an Imported piece from Dubai. So the colors may vary a bit. I checked the phone for the surface and sleekness etc. The phone was fine, but it lacked the dual camera in the rear. I questioned him again, for which he replied that the flash light had the second camera inbuilt and it was a recent development in new phones. This to me raised alarms

I turned around the phone and saw the back surface. The guy had put a very shiny cover as well, which was really attractive. I tried removing the cover , for which he objected saying, you shouldn’t remove the back cover often as it may damage it. I said , at least for inspection I need to have it removed. I forcefully removed the cover and then to my shock, I found that the apple logo behind was actually a sticker and it wasn’t an apple device after all. It was a pathetic excuse for a cheap Chinese duplicate and I gave back the phone to him and ran from him as far as possible.

Thankfully I managed to escape and save my hard earned money. After this I decided to go for a brand new device , but this time exchanging my device. So now I turned out to be a seller , quoted a very reasonable price ( cheaper than the market rate ) . I was flooded with more than 50 calls / day and at one point I was forced to switch off my mobile and take down my listing.

I finally arrived at a price of 10,000 for my beautiful Android device which a buyer graciously accepted without any complaints. In fact he called up to say how good the condition of the phone was and said he couldn’t have found a better deal elsewhere.

I looked back just a week earlier to recollect my incredible and funny experience of getting almost conned because of this.

Only after this experience , I discovered an amazing website that helps you to sell your old electronic devices like mobiles and laptops at incredible prices , better than market rates. It’s called Cashify and the whole process is super easy. Just post your device up for sale , get an Instant Quote, be Assured of a Sale, get a hassle free Doorstep Pickup and also On spot payment for your old devices.

While using Cashify, do use coupon code ‘CLEANCASH’ and you , as my reader will get an additional Rs.250 on the sale of your gadgets.

Little App – An ideal place to grab those Buffet Deals