Skip to content
August 15, 2022
technology
Televisions has always seen a sluggish growth in terms of technological innovations and development. There has been more focus given to other products such as mobiles, and we tend to completely overlook the most essential appliance in everyone’s homes. The shift from a CRT TV to a LCD TV and finally a full HD LED TV has taken more than two decades. Yes, 20 years for majority of people to finally migrate to a new LED TV while we were busy replacing our mobile phones every 1.5 years. While this shift finally happened and still happening, I got a sneak peek into the future of Televisions, a  revolutionary “OLED 4K HDR Smart” TV from LG electronics. 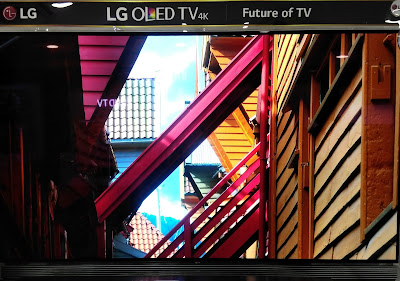 TV : A journey from Home Appliance to Home Entertainment Industry

Before I write about the significance and features of the OLED E7 series TV, one should understand how the market is evolving. From being a “Home Appliance” product, Televisions has now become a “Home Entertainment” Industry product. TV’s is one of the primary devices in this Internet of things era, thanks to products like NetFlix, Amazon Prime, ChromeCast , HotStar and the likes.

From paying a monthly rent to a cable operator for a handful of blurred channels a few decades back, we now have the option to watch full HD movies and shows live/on-demand whenever you want.

So what is this OLED 4K HDR Smart TV all about?

Yes, even I had to look up my notes to type the whole thing out , but the TV in reality is a whole different ball game. It’s as if LG sat around a room one day and said, “ok , Lets invent what should be there in future TV’s, NOW. Let’s not wait for technology to catch up. Let others catch up to us”.

Till now we’ve been primarily exposed to only HD LED & 4K UHD televisions. OLED stands for Organic Light Emitting Diode. One of the biggest differences between a OLED TV and normal LED TV is that, in a LED TV, all pixels in the screens are illuminated by a LED backlight.
However in a OLED TV, every single pixel has its own illumination. This brightens up your display by several times, giving a crystal clear image that you might have never witnessed before. Especially, the contrast ratio is absolutely brilliant in an OLED TV.

The main striking feature of the OLED E7 TV is the Dolby Vision (currently a state of art technology) . Other prominent features include  Dolby Atmos sound and Color Science Expertise by Technicolor.

LG is counting heavily on this Dolby Vision technology in the OLED E7. This brings out an amazing home cinema experience with vivid colors and live images along with an astonishing level of brightness . It also supports all HDR formats and thereby helping viewers to watch HD Premium content. In short, every minute detail of the content is captured in its original form, without any distortion. 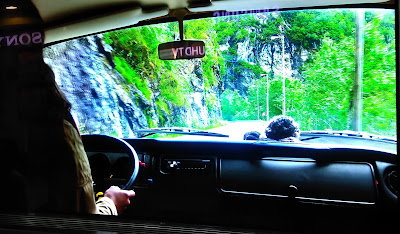 Be prepared for a 360 ‘ Sound Experience , along with an additional Sound Bar stand, which contains a Built in Woofer . Your Home theatre experience is complete with just a single setup of this television and no other additional gadgets to be procured.
The LG OLED E7 TV comes in 2 variants, namely the 65′ and the 55′ with inbuilt “WebOS” platform. This helps you to integrate all the internet, smart TV features along with a classy interface for easy navigation.
The remote control has a mouse wheel function along with a single click function to access anything.
Apart from this you get Natural Voice Recognition and even an App store to get more apps. 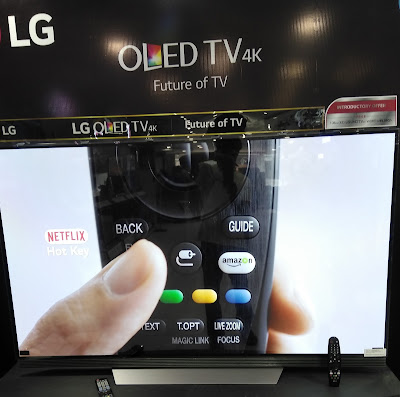 The LG OLED 4K HDR Smart TV , as the name goes provide full capability for online streaming with 4K quality. To aid this further, they have partnered with Netflix and Amazon prime, which lets you stream unlimited 4K quality content directly in your TV (with no additional costs). 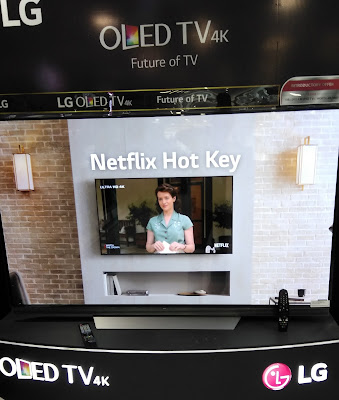 As most people know, an OLED technology , especially in a 65′ screen cannot come anywhere cheap and definitely costs a fortune. However for a true cinema lover, this can be the biggest investment he could ever think of, for an ultimate movie watching experience
Current MRP in India is :
Rs.5,85,000 for the 65′ version : http://amzn.to/2uqekFh
Rs. 4,00,000 for the 55′ variant : http://amzn.to/2uqbccE
In United States, prices are as follows :
Its $3200 for the 65′ variant
and $2200 for the 55′ variant