Skip to content
February 8, 2023
Entertainment
The most awaited political thriller and drama, House of Cards is back on television this year with its fifth season. Luckily, I managed to catch the first of the 13 episode season and I can confidently say, the show has certainly managed to come back in its true form, just where it left after the fourth season. 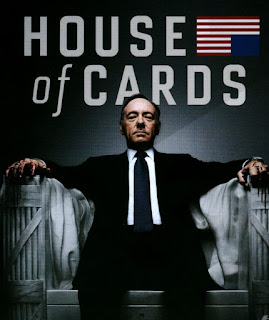 Note : This is a spoiler free review!

Power games played at the highest levels of office in Washington, manipulating people at its worst and frankly doing anything possible to get to the top, House of Cards is everything you’d expect in a political thriller. If the first episode is any indication of what’s going to happen in the remainder of the fifth season, be assured of a thrilling binge-worthy show, that could just keep your weekends fully busy. Be it the complex relationship with his wife, upcoming elections that may just seal his fate, and criminal allegations that he tries to defend, Frank Underwood may have caught himself in a lot of things. The season opener has just shown the door to various other twists and suspenses, that you might have not seen it coming.

Though I wouldn’t go too much into the details (to retain the spoiler-free experience) , be prepared to expect some power packed acting from the master actor, Kevin Spacey. Almost getting transformed into the role of Frank Underwood,this can definitely be one amongst his greatest performances in his career. An impeccable screen presence, brutal power shown through his eyes and his legendary acting can just make anyone glued to the Tv screens.

In the first episode, you can’t help but wonder at the startling similarities between some of the scenes and the actual current administration at the White House. In both cases, the country seems to be unsure of what’s really happening inside, while an air of unrest lingers around. Frank Underwood may not be the most popular person in the country, but certainly has several tricks up his sleeve to retain his Presidency, votes and of course the Congressional support. As the scenes unfold in rapid moments, Frank Underwood yet again manages to come out of the scene, and talks to the viewers in his trademark style. Truly gives me the chill everytime. Every single time ! Do we even need any more reasons to watch the rest of the season?

Whats HOC all about ? (For those who haven’t seen the show yet)

A ruthless and corrupt man,  Frank Underwood(Kevin Spacey), gets his way in almost everything he desires. He manages to plot a devious scheme along with his wife, to attain the greatest seat in the country. From a congressional Whip, to the President of the United States, House of Cards showcases the gripping realities of United States politics, in its true colour.

Awards and Recognitions for House of Cards

When is it Airing in India?

Frank Underwood is coming to India with the television premiere of House Of Cards Season 5 on Saturday, 3rd June, 5 PM onwards, only on Zee Café! #HOConZCafe