Skip to content
February 9, 2023
Social media / technology
Blogging and Social Media were pretty much the buzzwords in 2016-17 when people suddenly realised the huge potential lying untapped in it. Several corporates and brands lapped up the concept of freelance bloggers promoting their product with reviews, unboxing, product showcasing etc. This boosted their sales conversion rates and brought in significant traffic to their website. 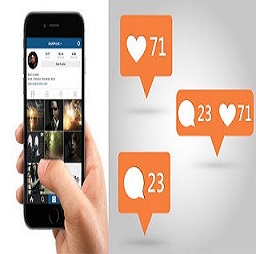 The Rise of the Followers

When the number of bloggers began to grow quite exponentially, there was a filtering criterion that came into place, in the name of  “followers count”. A person having a large follower count was suddenly the hot choice for everyone. They started calling themselves as “social media influencers”, and pretty much in demand all the time. The numbers seem to always be exaggerated (similar to scenes inside a political party).

One school of thought says quality and interesting content drives traffic and followers. Yet, when you actual look into their blog, social media pages, nothing seemed to appear quite extraordinary. There was no “Great” magical content, that could have actually driven a lot of traffic. It was almost the same stuff, that you could have found it elsewhere, a few product reviews, sharing of some experiences, a few travel clicks and maybe a few contest retweets. The hashtags surrounding the post, however, is more than the actual post content.

The Trail of Hashtag #

Ideal scenario : A girl clicks a picture of a selfie with a dog. Hashtag reads : #AnimalLover #DogLover #Dog #Dogs #DogsofInstagram #BowBow #Puppy #Cute #blogger #Instalove #Vegan #Chennai #India #Mumbai #Bangalore and the list goes for another two pages.
You get the point here.
Such hashtags doesn’t generate a thousand followers per post. Npt to mention 20K followers in say 10 – 20 posts. If this was a celebrity, like a sports person or a film star, that just happens “organically” (ok we are going to cover later on this interesting word). However, for a nobody, a stranger in the internet posting a few random pics on Instagram/Twitter, it may not have the actual propensity to gain such a large following in a short time.. So do these so called 100K followers actually exist?
Well, the answer in short is NO. They are just fake. Read on..

Suppose a filmstar was to have a half a million followers, you’d be seeing atleast 50,000 likes (thats roughly 10% of your followers likes your post, to say the min). Shahrukh Khan’s latest picture in Instagram garnered 500,000 likes while his follower count was 7M. This is in the acceptable limits of 7-8 %. So if an “influencer” claims to have 100,000 followers but doesn’t get more than 50 likes/post on an average, you know there’s something fishy. Or rather in technical terms “bots” that appears like a real profile, but in fact a fake.
In other good news, I have 200 followers on my Instagram page and I still get 30 likes a post (and that’s likes 15%). If you’re reading this, it’s a cue to follow me there 🙂

So what are the “non-organic’ ways to gain followers?

This is something, most people prefer to not talk about but still quite a few indulge in it. Just like how a top score is vital to a student, the follower count is suddenly a symbol of status for a blogger. It matters even more, irrespective of the poor content and high bounce rate %. 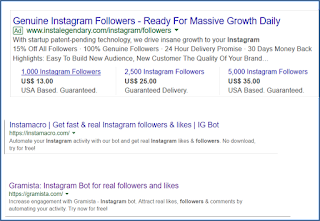 So if you have to join the big league, people resort to buying followers. Now, I am not aware of the technical process that goes behind creating followers, but atleast know the sources where you can do. Here are some of the examples I have come across in sites like Twitter/FB/Fiverr.com to get this done. 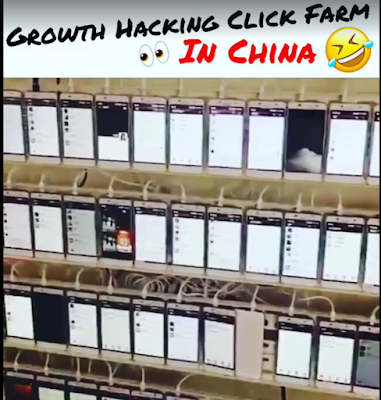 From the posts I saw, the going rate was 10-20$ for anywhere between 1000-5000 followers.
The bots don’t like/comment/share your content, but just adds up to you followers count.
In essential the page is a mirage. It seems big from the outside but when you go inside its empty. 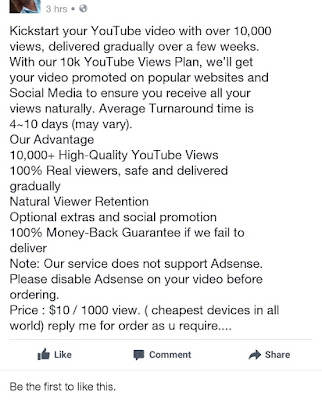 When I heard the word ‘Pod’, being referred in a social media context, I was quite intrigued. I thought its a Facebook group to share links and get awareness about blogs. But the objective was a whole lot different than I had imagined. I joined a few to see what’s the deal is all about. The members have to post their Instagram links, and quite forcibly(without much choice) have to like 15 other profiles listed in the comments. Once done you hit like to hint at them, expecting a follow back. So in short a “like” exchange. You Follow Me, I follow you (even if both of them may have two different genres).
(Of course, an unfollow happens, once the forced follower gets bored of your content). 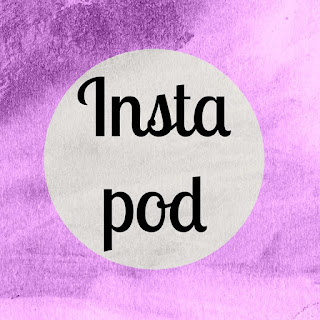 Honestly, I don’t know how far this can be successful, but you don’t gain more than 10-15 followers at any point of time. At most, you’ll find yourself having 50 extra followers at the end of the month.

A sure shot of gaining large followers is giveaways. Promise a prize for the person inviting the max no of people. Make it mandatory that all of them should follow you to qualify you for the prize and share the post on their wall as well. Also, announce that the most engaging comment would win an additional prize. Want more engagement? Tell them, you should follow their Twitter page, Facebook page, Google + page, Pinterest page (each of which will give additional 1 point in the lucky draw, and increase their chance of winning).

You’d be finding yourself with so many new followers across different platform. Yet they are there just for winning the prize and might unfollow you any minute post that. At least, this still remains in an ethical line to get more people liking your page. But are they there for your content? No. Do you actually have a social influence over them (without offering a prize) : a Big NO!

Organic usually refers to a way of being natural, without adding any artificial ingredients. Being an influencer, should be the same way. People read your content, share it to their circles and the net widens. They see something interesting in your content and await more such stories. They hit the subscribe button out of a willingness to read more.

Some of the top successful bloggers in the world have become popular only because of their content. They wrote about something which no-one else thought of. Their site had interesting information, tips and lots of valuable content for the users. They were honest, had something interesting about them and connected with their users. This is what a social media influencer is all about, even if he had just 500 “True” followers. Not a person with 1,00,000 followers with 0 engagements.

There are people who have grown their audience from scratch and have become powerful thought leaders in this space. Amit Aggarwal (Labnol), Neil Patel (Neilpatel .com) and so many others have shown how it’s done the right way. Yet, to get more brand collaborations and aim of getting rich connect, people, indulge in such shameful acts, which leave a distaste to the true bloggers out there.

Having been in the blogging scenario since 2006, I have witnessed the entire life journey of its evolution. From a hobby to a mainstream profession, blogs have provided a steady income stream to several people. Some of the blogs I read are a true inspiration for me and also a very reliable place to get quality information and reviews. An instagram picture can never ever replace that trust & quality, I get from a blog. A blog unlike an Instagram post is forever and may end up in a search result even four years down the line. On the other hand, your Instagram post may never appear in a timeline even after a day.

A recommendation to PR’s and Brands :