Skip to content
January 31, 2023
Uncategorized
I recently downloaded an interesting “where to find” food app in my Android phone called “The Burrp”,after hearing some great reviews surrounding it.
(Download from  https://play.google.com/store/apps/details?id=com.winit.burrp&feature=search_result#?t=W251bGwsMSwyLDEsImNvbS53aW5pdC5idXJycCJd )

The “Burrp” app turns out to be a far better portable version of its parent site www.burrp.com 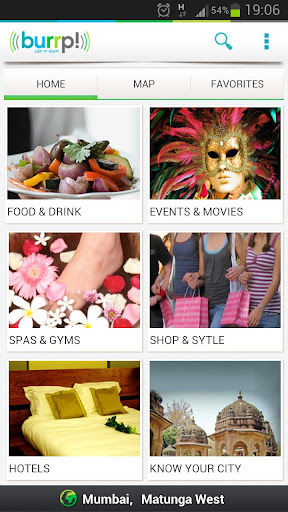 The app is really gorgeous and designed with a easy to use interface. The navigation is simple and gives you quick information on nearby restaurants , cafes, bars and other hangout places. It determines your location using the GPS and automatically lists and categorizes the top restaurants in the neighbourhood based on reviews,feedback and burrp! ratings .You can then quickly check their menus, prices, reviews, photos, user reviews and location of the restaurant.

It really comes in handy when you visit other cities in India and want to have a quick bit or even explore the city with just a handheld device.

The app has so much potential and really one of its kind, and has a lot of scope to improve as well
For instance, they could have a checkin feature like 4square or a “navigation” feature to tell you the exact route of the restaurant instead of the map. The app could also rotate and display the pictures and info in a horizontal/vertical position , according to the position of the phone

But its definitely a great app and its free too..