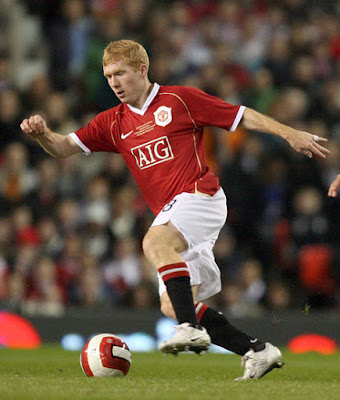 Paul Scholes finally scored a brilliant goal against Barcelona to qualify for the UFEA Champions League finals ,against the Blues on May 21 . With an attendance of 75061 , Paul Scholes terrific strike ,whizzing past Victor Valdez , erupted a huge cheer among the United fans ensuring a major victory in the offing .

Despite a game full of hits and misses and a terrible referee , who conveniently missed out on all handballs and offeneces committed by the Barcelonians , Manchester United still managed to grasp a big victory at their home turf to reach the finals of their coveted trophy.

Manchester United at the Top