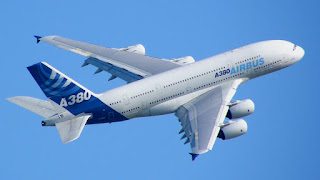 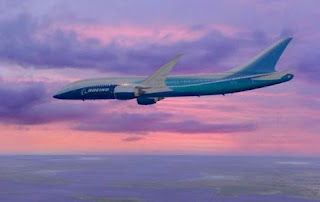 The phrase “Competition to the skies” has become a literal reality , with Aero Giants Airbus & Boeing each fighting to be the bigger bird in the sky.

Airbus has raced ahead and brought out the A380 ,a 70 meters long and 80 wide, 4 engine and a two deck airliner with a 525 seating configuration for its three class config (Phew !!)
A380 made its debut venture from Singapore to Sydney ,with Singapore Airlines on 25th Oct ‘ 07.

A380 was initially proposed as a joint venture betweeen Airbus and Boeing , but both realized that it wasn’t working out and since then Airbus has loads of trouble in bringing out this airline and put it into the sky successfully.

Boeing , then hasnt been just a spectator to all this drama . They went ahead and brought out yet another beauty . The Boeing 787 “Dreamliner ” . 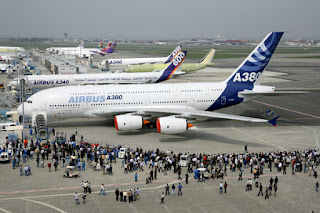 The competition has really heated up , with Airbus really failing to deliver most of the promised features like gyms and casinos. The airline turns out to be an extravagant and a luxurious service for the “premium” travelers by offering them restaurants , separate cabins and even a double bed to sleep .

Yet , it is the same leg crunching , neck breaking seats for the economy class and thus is a “nothing special one” compared to the thousands of aero-planes soaring across the skies and the clouds .

The yet to “officially fly” Boeing’s 787 Dreamliner on the other hand , has cashed in on several orders (a few sites quote it as almost 4 times that of what Airbus has bagged )
The Dreamliner stands majestically , slashing all critics , with its small , sleek futuristic design
and also touted to be a “green” machine . 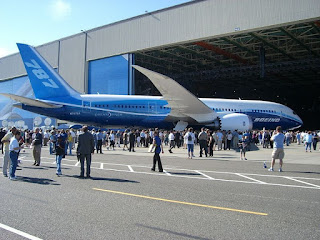 With superior and advanced technology, Boeing offers a point to point travel , with no stoppages, a complete contrast to the A 380 , which just flies from one major hub to another (only certain airports in the world can even fit in a A380 )

It is time for Airbus to really work out a better design next time .

After all bigger isn’t always better !!